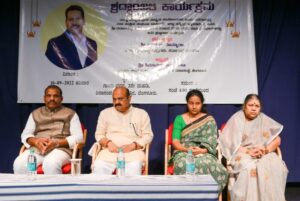 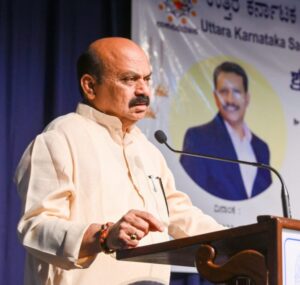 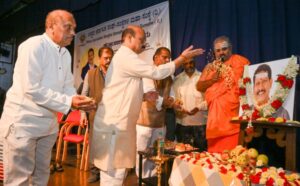 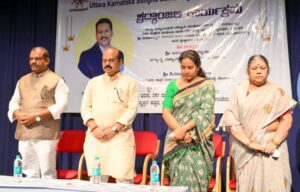 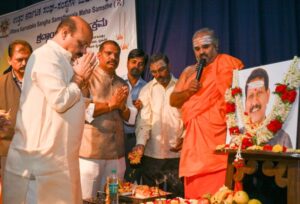 ngaswamy will remain in the hearts of everybody forever.

Speaking at a condolence meeting for late H.B.Gurulingaswamy Holimath organised by Uttara Karnataka Sangha Samsthegala Maha Samsthe at Gandhi Bhavan here on Saturday, he said birth and death are not in their hands.

It is very difficult to say when death will come but it life is very important.If a person dies how he lived will get importance.

A person who has all human qualities such as friendship,love,affection and compassion,as called as man.

I knew Gurulingaswamy for last 20 years.I knew him while he was working in Kannada Prabha in Hubballi.

I was member of Legislative Council at that time. Gurulingaswamy had showed me what a journalist can do during the days of struggle and at the same time what a fighter can do”.
Honest dedicated journalist.

Bommai said he knew about the family of Gurulingaswamy.Many had questioned him when he wanted to do Post Graduation at Karnataka Universtity but he was aware of benefits of having the PG degree.

So,Gurulingaswamy took admission into the varsity on his own and started his life with the degree in his hand.He knew what a poverty, poor people and difficulties.

But none of them came in his creativity. Gurulingaswamy had no desire to earn from this but had wished to help people who are in difficult.

He was a honest and upright journalist and his writings had credibility because of crosschecking facts.

“Gurulingaswamy had worked in Vijayavani,E TV, TV 5.He had interviewed me in TV 5. More than profession he was a very friendly.

The youths of North Karnataka have the quality of bringing more boys from their region who wanted to come and live in Bengaluru.

Both Jamkhandi and Holimath had this quality. He always wanted to do new things.Holimath was holding the condolence meeting of Nagaraj Jamkhandi every year and had wished to hold it in a big scale.

But none of us had imagined that we need to hold the condolence meeting of Gurulingaswamy and its irony too.He had achieved big at an young age and left this world very early”, the CM said.

Bommai said Swami Vivekananda had said death is not the end for an achiever.One who lives after death is an achiever.

Gurulingaswamy would used to meet him daily as media coordinator and discuss many things. He had sent a message just a few minutes before he died.

Gurulingaswamy would use to tell him about the news appeared in newspapers morning daily and discharged his duty honestly.

His untimely death has not only caused an irreparable loss to Gurulingaswamy’s family but also to me.

Both Jamkhandi and Gurulingaswamy were closed to him but went away but life has to go on.We are always with late Gurulingaswamy’s family”he added.

The CM said they have lost a good young friend. The youth power was responding to him always.

Let them pray god to give a good future for his children and make Gurulingaswamy’s name immortal.

And do good to bring respect for the efforts of Gurulingaswamy as wished by Uttara Karnataka Sangha.