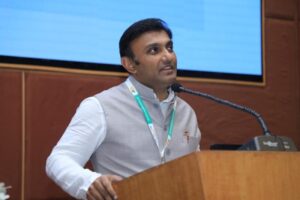 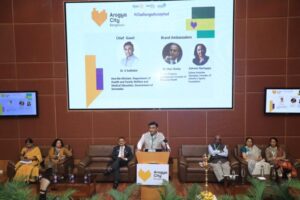 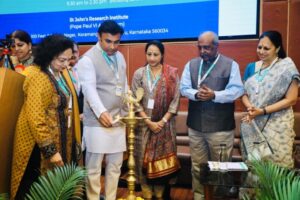 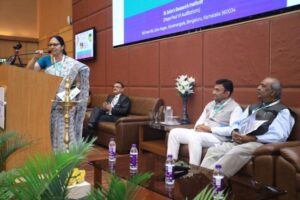 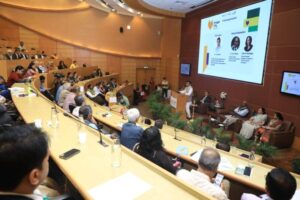 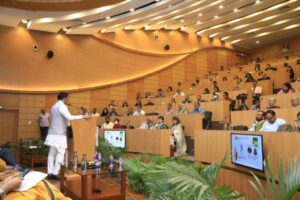 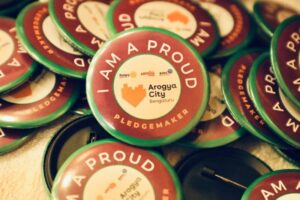 Decision to constitute a committee for inspection of nursing institutions

Every person above 30 years of age will be checked for diabetes through Namma clinic.The state government has decided to implement measures to curb non-communicable diseases including diabetes, Health Minister Dr K Sudhakar said.

Speaking at the Arogya City Summit,the minister said that the government has decided to start 438 “Namma clinics”in urban areas to manage and curb the increase of non-communicable diseases.

Such clinics are being started primarily to cater to people in slums and other areas where the poor reside.

A database of people with and at risk of NCDs including will be created after conducting mass screenings at Namma clinics.

Around 75% of diabetics are not receiving treatment.Therefore, everyone above the age of 30 years is being screened for diabetes.

More than 6,500 health and wellness centers have already been started and diabetes screening will also be done through these.

Minister Sudhakar stated that more than 200 Namma clinics are ready, out of which 100 that are out of Bengaluru will be inaugurated with this month.

Namma clinics in Bengaluru will be inaugurated after a week of this, Minister Sudhakar added.

A 30-year-old diabetic patient presented with gangrene on the leg.But he did not know that he had diabetes.Such negligence and lack of awareness is seen everywhere.

People don’t even get a health check up every year. Minister Sudhakar said that people should have a complete health check-up compulsorily once a year.

The central government has started a new tele-mental health platform based on Karnataka’s E-Manas platform.

Many people are unaware that they have mental health difficulties at all.There is a similar situation with cancer too.

More awareness programs about cancer are being taken up through Kidwai.Minister Sudhakar said that pre-disease control measures have been focused before the onset of disease.

Bangalore city has developed as an IT city and now it is growing as a health city. Compared to the last two or three decades, the maximum lifespan of people has increased.

Earlier age limit was 40-52, now it is 65-67. It can be said that we have progressed by increasing the lifespan.

However, the quality of life has severely taken a hit. How healthy we live is in fact more important than how many years we live, Minister Sudhakar said.

Non-communicable diseases are bothering the society more than infectious diseases at the current juncture.

Non-communicable diseases are taking a heavy toll on developing and underdeveloped countries. Especially in India,diabetes is bothering a huge number of people.

Due to this they were mentally and physically strong. More awareness about an active lifestyle is needed now, Minister Sudhakar said.

Not a single Nursing-GNM institution has been licensed by our government. But they have gone to court. Further they have engaged in illegal activities. In the previous government, some institutions were given permission without checking any infrastructure.

There are around 850 nursing colleges in the state. We from the government will form a committee to conduct a review in all these institutions.

Minister Sudhakar said that appropriate action will be taken after receiving the report from the committee.