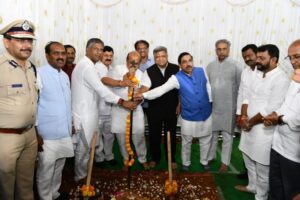 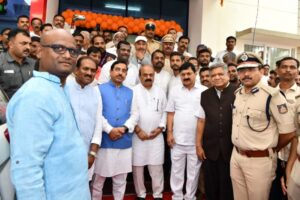 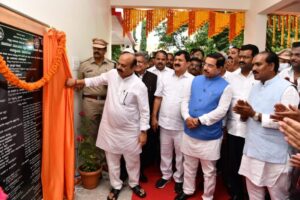 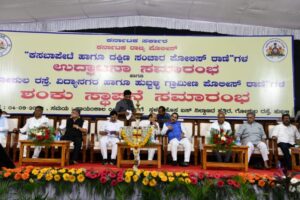 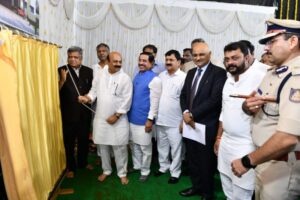 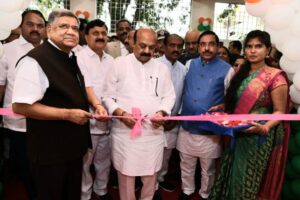 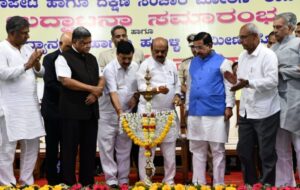 He was speaking after inaugurating Kasabapet and South Traffic Police Stations,and the foundation stones for Gokul Road,Vidyanagar and Hubballi Rural Police Stations here on Sunday.

The CM wanted the police personnel to adopt skills for the quick cracking of cyber related crimes with the use of advanced technology and science.

The proposed NDA model training centre to come up in Dharwad will be used to train the middle rank police officers.

The government is ready to consider establishing a traffic control command centre in Hubballi out of the funds available under the Smart City project.

But a proposal must come to the government in this regard.Need of the hour was to check the misuse of technology.

More reforms will be brought in the detection of digital and cyber crimes.The police stations are required to ensure peace in the society. Peace is assured if they have efficient defense force and police.Peace will also bring prosperity.

Bommai asked officials to work with a positive frame of mind regarding development.They must not hesitate to help people within the framework of law.

Within one year,117 new police station are established,planning 8101 school buildings in the next five years;81 new Primary Health Centres are planned at a cost of Rs 7 crore each.

Under Beyond Bengaluru program,a comprehensive Cities will be built at six cities including Hubballi-Dharwad in the second phase of the scheme.

Tenders will be soon floated to set up the regional centre of Jayadeva Institute of Cardiology and Vascular Sciences in Hubballi,the CM said.

Union Coal, Mining and Parliamentary Affairs Minister Pralhad Joshi said establishing 117 new police stations that too within one year is a record.

The CM in the budget 2022-23 has reserved over Rs 1500 crore for the new police stations and the staff quarters. Besides,The government was encouraging the education for the children of police personnel under the police Vidyanidhi scheme.

The police department must include more science and technology and develop a scientific data bank in FSL labs so that it could be shared easily.

Both modernity and humanity of police must go hand in hand, he noted.

The percentage of vacancy in police department which was 35 per cent has been brought down to 12 pee cent.

Soon there will be recruitment of 900 police Sub-inspectors and 20 per cent will be given for women candidates.

It was a year of challenge for the police department.But the police commissioner of Hubballi and Dharwad Labhuram effectively handled the situation.

Former CM and MLA Jagadish Shettar two police stations were opened today and three more stations will be completed and inaugurated before the next Assembly elections.

The reformed criminals must be removed from the rowdy list.MLAs Prasad Abbaiah and Arvind Bellad also spoke.