Rajib Sharma, the Gauripur correspondent of DY365 was picked up by Dhubri Police from his residence at around 2 AM on Thursday and was later arrested. Sharma’s was the only attendant of his father – a paralysis patient – at the time of his arrest. Unable to bear the shock caused by the police behavior, his father passed away.Later, Sharma was granted interim bail on Thursday afternoon due to his father’s demise.
Rajiv Sharma, a journalist belonging to a local TV channel DY 365 and based in lower Assam’s Dhubri, was arrested by the police early Thursday on charges of extortion, outraging the modesty of a woman, criminal intimidation etc. following a complaint filed by divisional forest officer Biswajit Roy.

Reports quoting Sharma said that he was falsely implicated in an extortion case for his continuous reporting on cases of cattle smuggling by criminal syndicates in Dhubri district which borders Bangladesh.

The General Secretary of Newspapers Association of India Vipin Gaur also expressed condolences on death of Journalist Father and Expressed concern on arrest also demanded the unconditional release of Rajiv Sharma and called the incident a violation of human rights.

Monojit Singha Executive Secretary Newspaper Association of India filed a case with the National Human Rights Commission, New Delhi, vide Case No- 123/3/4/2020 seeking intervention of the commission and lodge another complaint with the PRESS Council of India Today and the Hono’ble Chairman of the Press Council of India has issued direction to the Secretary of PCI to take immediate action in this matter.

Dhubri’s Superintendent of Police Yuvraj Singh has been targeted for arresting a law abiding journalist from his home at midnight but not having courage to act against the various syndicates going on in the district. It is alleged that he connived with DFO Biswajit Rai to frame Sharma in a fabricated case. 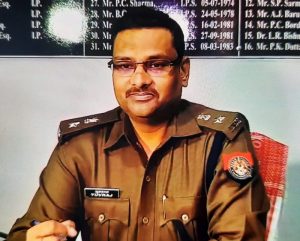 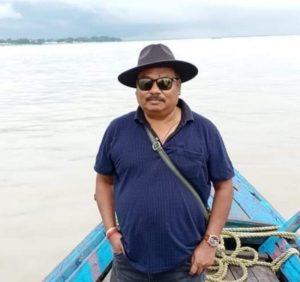