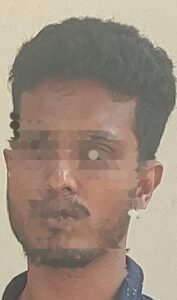 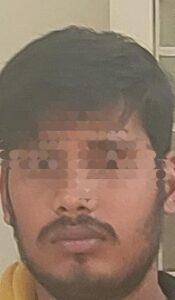 The accused has been identified as Arafath and Shahbuddin.One working with Rapido bike taxi as driver and other working in a mobile company as mechanic.

The Rapido driver Shahabuddin took the 22-year-old victim to his house which was in the vicinity of the place she was staying in.

Bengaluru City Police Commissioner,CH Pratap Reddy said,The victim been to her friends house and while returning she had booked a bike rental service as Rapido bike Taxi.

The Rapido taxi driver took the victim to one of their apartment and raped repeatedly in Electronic city.

The victim working as freelancer at an firm in BTM layout.She partied with a friend till late night before booking a bike taxi to go to her friends house.

The accused while taking her realized that she was drunk and planned to take her home and called his friend to join.

The accused took her to the apartment of where his girl friend was staying.She had gone out while her friend was present.

The accused raped the victim repeatedly and asked the girl friend to drop her out.

As per the Instruction she called victim friend over phone and concoted a story saying that she found the victim on Roadside in an inebriated state .

The incident came to light when the victim went home and noticed bruises all over her body.

She went to doctor for treatment where it was revealed she was raped.

The victim did not want to file complaint fearing that it will go against her.But since it was a medico legal case the hospital informed police.

Based on the complaint,the police swung into action and arrested the accused within two hours of the report of the incident.

The police also arrested the girl who was misleading the victim and friend by giving false information..

the police is doing a background check of the accused persons to check if they were involved in similar offences.

Reports also mentioned that when the victim regained consciousness, the accused let her free. However,they threatened her not to reveal the issue to anyone.