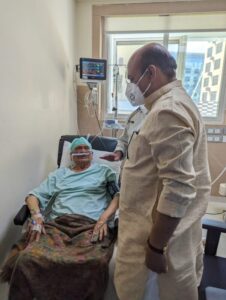 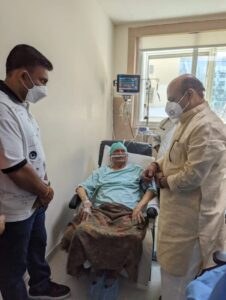 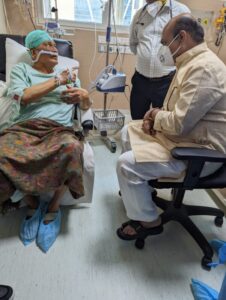 hief Minister Basavaraj Bommai said former chief minister S.M.Krishna is recuperating and he will be discharged from hospital in the next two to three days.

Talking to reporters after enquiring about the health of Krishna at Manipal Hospital here on Sunday, he said the former CM had fever and was admitted to Vaideshi Hospital.

After problems in respiration he was immediately shifted to Manipal Hospital.Thanks to continuous treatment,the former CM was recovering and is expected to be discharged from the hospital after two or three days.People need not become panic, he added.