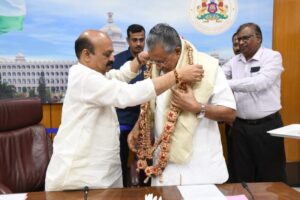 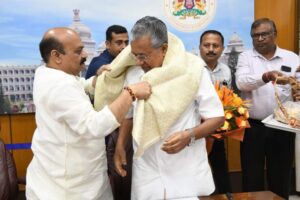 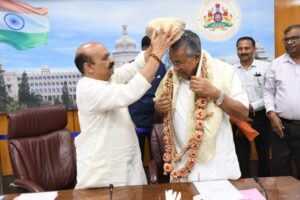 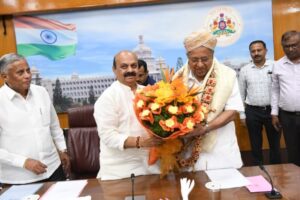 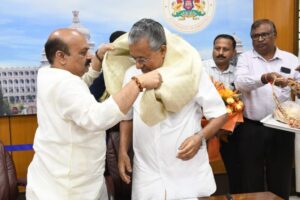 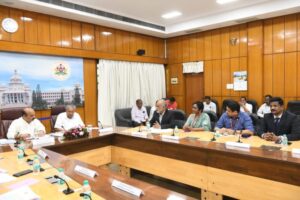 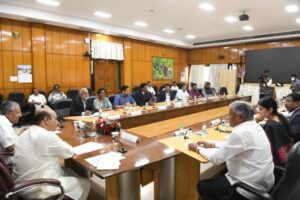 hief Minister Basavaraj Bommai said he clarified his Kerala counterpart that it is not possible to take up any development works in ecologically sensitive areas and in wildlife sanctuaries.

The Government of Kerala sought co-operation for its various railway projects including Kanhangad-Kaniyur Rail Line route, and other highway projects.

The proposed Kanhangad-Kaniyur rail line project has a 40 km route in Kerala and 31 km in Karnataka.

However,this project is not very beneficial for Karnataka.Besides,it will pass through the rich bio-diversity and ecologically sensitive areas of the Western Ghats.

So,the Kerala CM was clearly told that it was not possible for the State of Karnataka to give extended co-operation for this project.

The CM said Vijayan also discussed the old project of Tellicherry-Mysore rail line route and he was strictly told it is not possible to give permission as the proposed rail route will traverse through Bandipur-Nagarhole National Parks and it will cause great damage to flora and fauna.

The Kerala CM was informed that presently, two buses are operated during night via Bandipur National Highway,but he sought permission to allow four buses and that proposal was also rejectedBommai pointed out.