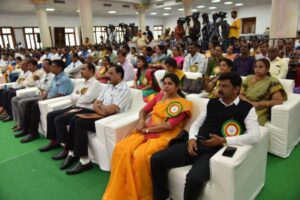 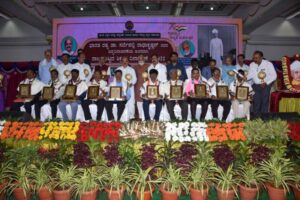 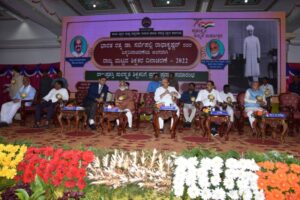 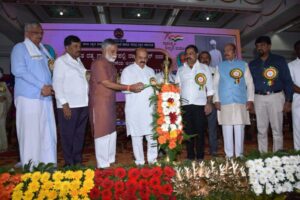 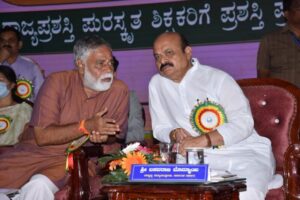 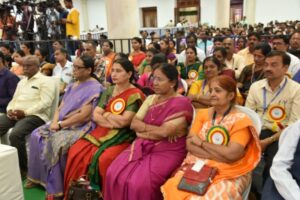 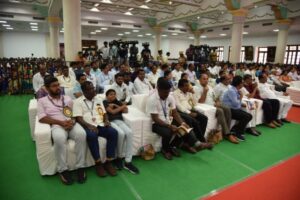 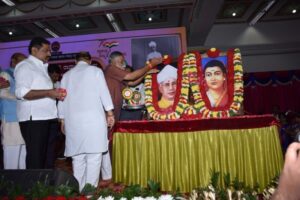 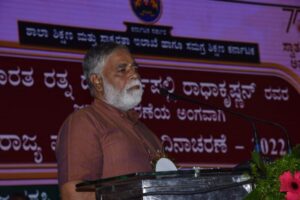 eachers,impart training and post them in the places of retiring teachers,said Chief Minister Basavaraj Bommai.

Speaking after inaugurating teacher’s day celebrations on the occasion of birth anniversary of former President of India Prof S.Radhakrishnan at Banquet Hall in Vidhana Soudha here on Monday,he said the state budget has allocated Rs.25,000 crore for the education field of which Rs.19,000 crore goes towards the salary of teachers and Rs.5000 crore on the development of schools.

For the first time in the history of Karnataka, the incumbent government has constructed 8101 classrooms in one year.

Still they need to build 23,000 classrooms of which 8101 classrooms are being constructed in the first phase in one year.

This record program has been launched as they had good schools but not the quality classrooms.

The CM said observing that students have stopped coming to schools for lack of toilets,the government has chalked out a plan of providing the separate toilets for the girls and the boys in all government schools within one year.

This program was announced on August 15 and that work will be completed within one year.

Apart from this,4000 new Anganwadi Centres will be established before August 15.The burden of teaching has reduced thanks to recruitment of new 15,000 teachers.

Both the State and the Union governments have formulated a number of rules to maintain quality of education and for well-maintained schools, and this rules have to be followed by school boards and teachers compulsorily.

In order to check the exploitation of teachers, instructions are given to simplify rules and incorporate discipline.

It has been observed that No Objection Certificates are given for the opening of new schools without any inspection and this has impacted the child education and quality.

Additional funds are given to taluks to improve the field of education in those places.The government is focusing on creating a conducive atmosphere for teachers to dischage their duties, and that decision will be based on the ground reality and humanity.

But there will be no compromise when it comes to the development of the education field that will build the character of kids,he added.

Bommai said teachers are lifeline of education and education without teachers in unthinkable. The teachers play an important role in overall development of humans.

Life is the big teacher than anybody. It is possible to learn provided they keep in heart everything they learnt everyday.

India has a rich history but they need was a strong character which comes from conscience teaching.

It is possible to develop a good character if everyone understands right and wrong.Teachers are doing this job.Some gurus are doing character building exercise.

The CM said Prof Radhakrishnan was a great guru and a statesman,and his birth anniversary is celebrated as teacher’s day.

Even Savitribai Pule too was a great person who brought revolutionary changes in girl education. They need to remember a few persons who dedicated themselves to do something for good in the field of education. ”

Our government has given importance to education.We need to bring changes in education policy, system teachers and students.

First they need to find answers that what kind of education they required?

And for why they need education? There is a need to bring changes to understand whether our kids are ready for the science age and to build characters; has patriotism has reached them or not. World is changing and we need to change accordingly.