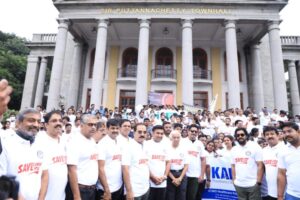 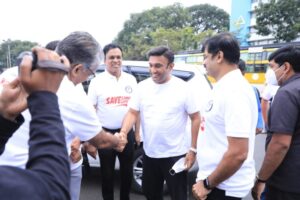 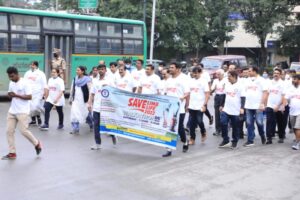 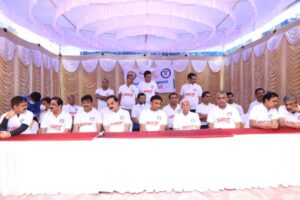 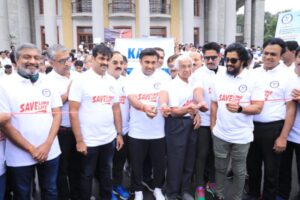 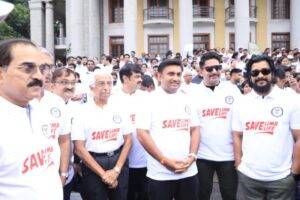 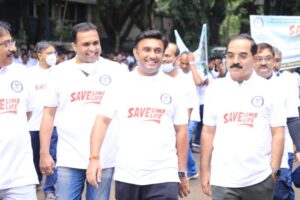 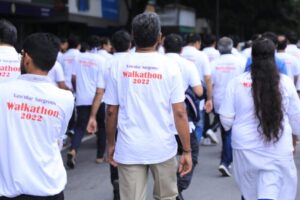 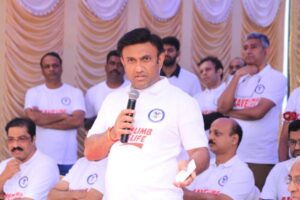 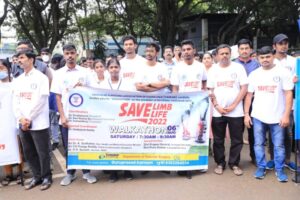 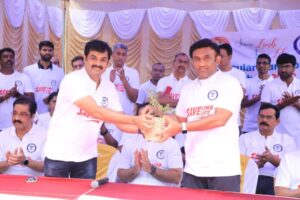 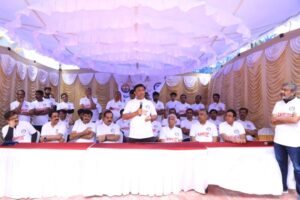 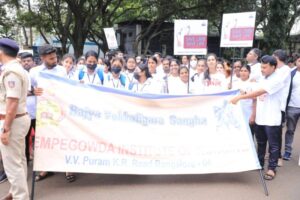 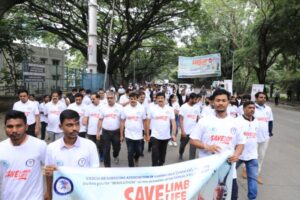 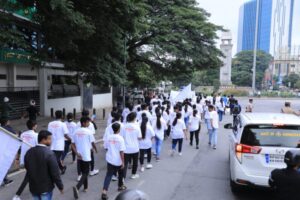 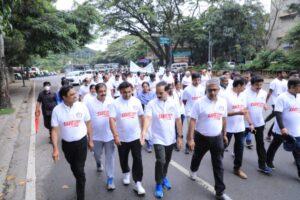 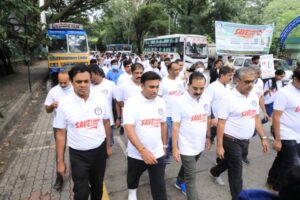 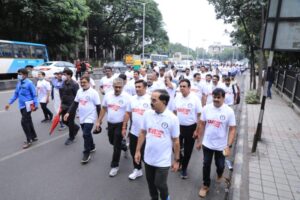 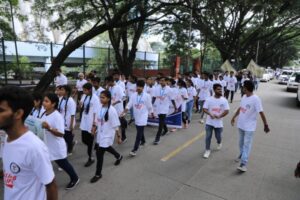 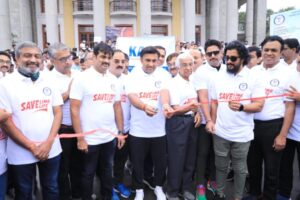 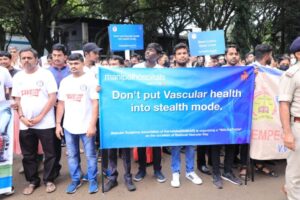 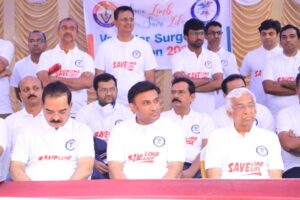 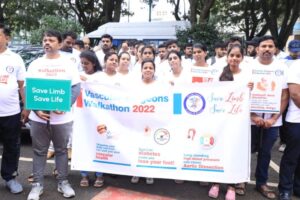 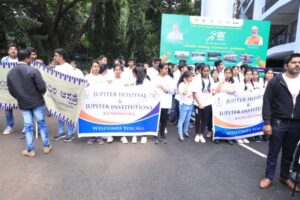 The Vascular Surgeons association had organized a Walkathon from Bengaluru’s Town Hall to Kanteerava stadium on the occasion of World Vascular Day on Saturday,August 6. Karnataka Health Minister Dr K Sudhakar flagged off the walkathon.

Speaking to reporters at the event, Minister Sudhakar stated,It is an age of growing vascular diseases and we have limited Vascular surgeons in the country.

For a population of 1.3 billion,we have only around 500 vascular specialists.Spreading awareness about vascular health is paramount both in rural and urban areas.

We have to ensure a strict health regimen to protect our blood vessels.If this is not done,it could lead to severe health problems including Non-Communicable Diseases or aneurysms etc. These in turn could cause life threatening situations,Minister Sudhakar added.

Pointing out that some people are prone to vascular diseases,he said,every 6 seconds,a person loses his/her leg in the world.

We need to increase awareness among youngsters and those professionals who are prone to such issues because of their professions like policemen,teachers etc.Who stand for long periods of time.

Awareness must also be created among professionals who have to work in front of computers for long periods of time,who have a sedentary lifestyle.

Several likeminded vascular specialists,hospitals have come forward,organized and participated in this beautiful program.This event and its intention is very good,he said.

Minister Sudhakar also told the reporters that the Karnataka government will take all necessary measures to prevent vascular diseases.

Minister Sudhakar speaking to reporters also stated that a person from Ethiopia who had traveled to India had some symptoms of Monkeypox.

We sent samples for a lab test and it came out negative for Monkeypox yesterday,however,it was smallpox.As of now,there hasn’t been a single case of Monkeypox.

However,we are being vigilant.We are taking up surveillance measures at our state borders and we have taken all precautionary measures.

We have also made sure there is thermal screening at every port and airport round the clock.There are three officials at each place working in 8 hour shifts.This is the reason why no case has been reported in Karnataka,he said.