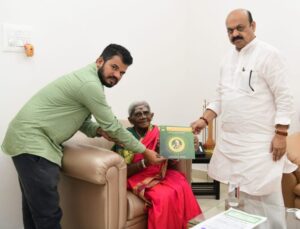 Chief Minister Basavaraj Bommai,who granted a BDA site for Saaluamrada Thimmakka,formally handed over the sale deed of the site today.