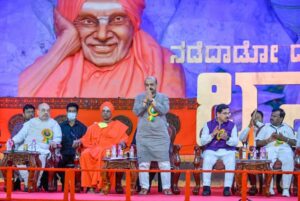 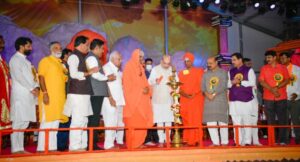 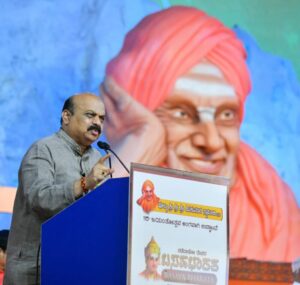 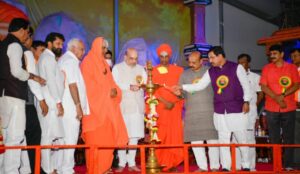 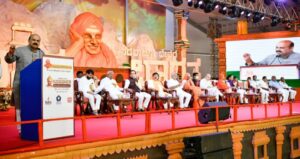 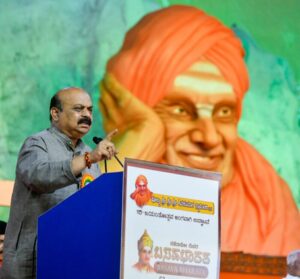 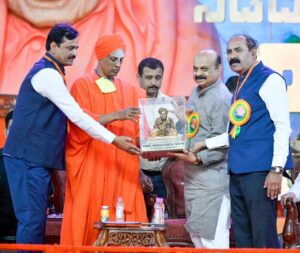 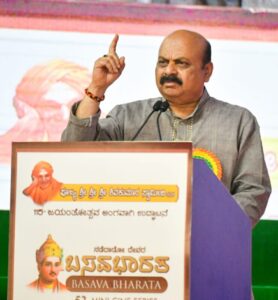 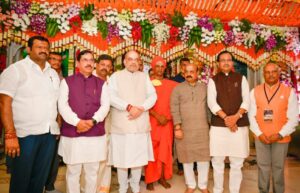 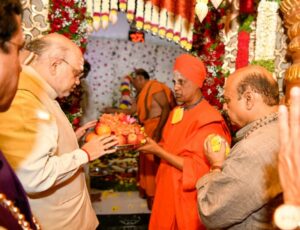 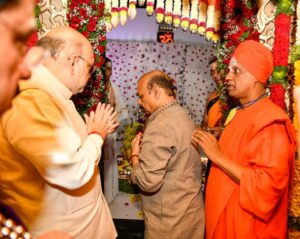 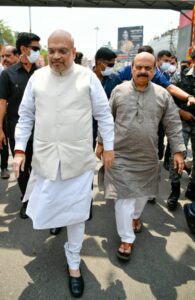 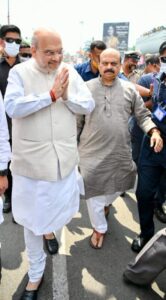 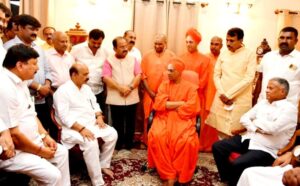 he mid-day meal programme being run by the State government would bear the name of late Sri Shivakumara Swamiji and action would be taken in this regard,chief Minister Basavaraj Bommai said.

The seer’s birthday is already being celebrated as the mass feeding day(Dasoha Dina) by the State government.

Bommai was speaking at the 115th birth anniversary of Dr Shivakumara Swamiji at the Siddaganga Mutt which was attended by Union minister for Home and Cooperation Amit Shah among many other digitaries.

Those who governed the State have had immense reverence for the Siddaganga Mutt.

Our government too is devoted to the welfare cause of the mutt.Our government is committed to provide food, education,health care and shelter for the weaker sections.

Over Rs60000 cr has been provided for Sarvodaya(welfare) programmes in the budget. “We will work to redress the plight of the people. We will work to seek your blessings.

We will seek your love and affection by serving the poor, weaker sections, women and children,” Bommai said.

Union minister Amit Shah’s presence has brought a new charge among us and the people have immense love and affection for him, Bommai said.

This land is blessed with Sri Shivakumara Swamiji’s inspiration and ideals. We get peace of mind and find the path for our life when we come here.

The present seer Sri Siddalinga Swamiji is continuing the legacy of Sri Shivakumara Swamiji in serving the people,Bommai said.

The 88 years of service towards mankind through the mutt by Sri Shivakumara Swamiji is a record as no other seer in the country has served the society for such a long period.

It is a matter of pride for all of us. That is why he was revered as the ‘Walking God.He is the real God who dedicated his life to provide food, education and shelter for the weaker sections. He is still alive among us and inspiring us, Bommai said.

As Swami Vivekananda said,death is not the end for an achiever.The real achiever lives on even after his death.”

The life of Sri Shivakumara Swamiji exemplifies it. It is not an easy task to take care of over 10,000 children and lead them on the path of a good future.

He never differentiated people on caste or creed. The ideals of Sarvodaya and Antyodaya is truly being followed in this mutt. In accordance with the concept of Antyodaya, even the last man in social order gets a dignified place here, Bommai said.