Home / City News / Karnataka COVID curbs: Night curfew to be lifted, schools for Classes 1-9 to reopen in Bengaluru from Jan 31

*The recovery rate is high and there is a drop in active cases.

*Rate of hospitalisation cases has reduced to 2%. In this background the following decisions have been taken at the meeting with the experts.

*It has been decided to cancel the night curfew in Bengaluru from January 31.

*Decision taken to open schools and colleges in Bengaluru from January 31.

*Metro rail and other public transport systems could operate with full seating capacity.

*The 50% limit on seating capacity in bars, pubs, clubs, restaurants and hotels to be withdrawn.

*However the 50% capacity limit would continue for cinema halls, multiplexes, theaters and auditoriums.

*Gatherings at marriages would have a limit of 300 in open spaces and 200 for closed premises.

*The 50% limit on attendance in government offices has been cancelled and they would function with 100% staff.

*Darshan and other services at religious places would be allowed with an entry limit of 50% capacity.

*No permission for social, religious and political rallies, dharnas, conventions and protests.

*Swimming pools and Gyms would be allowed to operate with 50% capacity.

*Sports complexes and stadiums could hold events with 50% capacity audiences.

*Strict vigil at borders with Kerala, Maharashtra and Goa would continue.

*Decision taken to reserve 25% of beds in private hospitals for treatment of Covid infected.

The Karnataka government on Saturday announced that it will lift night curfew and other restrictions based on the report of the Technical Advisory Committee (TAC).

The government has also allowed schools to operate offline for classes 1-9 in Bengaluru city.

If the positivity rate in one classroom increases, the other students will be tested and that classroom will be closed.The school will, however, continue.

Speaking to reporters, the Minister also said that the 50% occupancy in hotels, restaurants and pubs has been lifted, which comes as a relief to the ailing hospitality industry.

However, the occupancy cap will continue to be in place in cinemas and multiplexes. This, according to R Ashoka, will be due to the fact that people will stay in the restaurants for a shorter duration compared to a movie theatre, which will be a closed space compared to restaurants.

R Ashoka also said that vigilance at border districts will continue, and negative RT-PCR test reports will be mandatory for those entering the state from Kerala, Goa and Maharashtra.

Primary & Secondary Education Minister B C Nagesh said schools in the Bengaluru Urban district can start physical classes for classes 1 to 9 from Monday.

Physical classes from 1 to 9 were stopped due to the third wave. From Monday, all classes will open in compliance with Covid-appropriate behaviour,” he said. 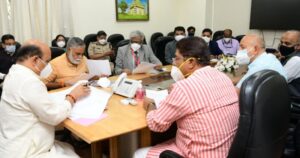 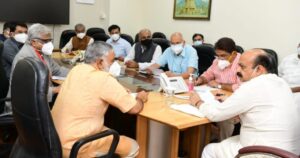 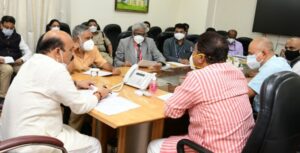 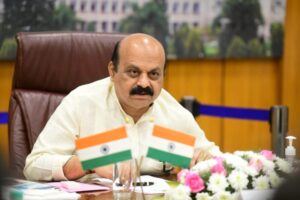