Reserve Bank of India is a protector of the Indian economy, said Chief Minister Basavaraj Bommai.

Speaking after inaugurating the Constitution Day organised by RBI SC/ST Employees Association here on Monday,he said RBI has a rich history and it has been controlling the country’s banking system from pre-independence period,and controlling the nation’s economy.

It was happy to note that this organisation is celebrating Constitution Day.The soul of democracy is the ‘Constitution’ and it has been protecting democracy.

With so much population and varied culture and language,the Constitution has held the people and united people in democratic setup.It is indeed a miracle in the present situation.

The CM said there are some results in the economy and an action plan and target are must to achieve the results.

Lot of challenges are in the banking sector but they have been successful in balancing the economy. India has been one of the nations whose economy has sprung up post-Covid 19 pandemic.

The CM said RBI is playing an important role to ensure social justice through the economy. Understanding this,Dr B.R.Ambedkar,the architect of the Constitution,started the RBI for the fulfillment of this aspiration.

They must strive hard to make India occupy the top slot in the next 25 years.The RBI is doing a wonderful work with a clear aim, ideology, law as per the Constitution and this has helped India to grow as a strong economy.

This has become possible through the Constitution. There will be truth and values of executive and judiciary work as per the Constitution which is one of the best books as all the principles from all the countries are included in the Indian Constitution in order to make it the best.

The constitution ensures equality and this has helped the independent India to become a strong nation. Following the Constitution is the real way of paying tributes to Dr Ambedkar.

He said even as the life of Ambedkar was painful he strove hard to do justice for his community and to ensure them the social justice.

Dr Ambedkar had allowed for making the amendments to the Constitution according to the changing times and this has been identified as one of the most amended Constitutions in the world. 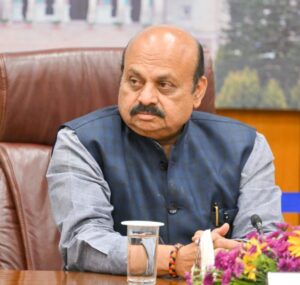 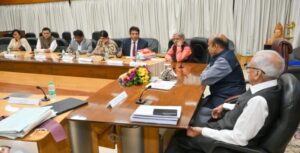 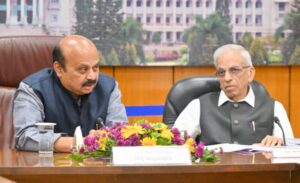 Association President Madhav Kale and Secretary Vasanth kumar and others were present.