Chief Minister Basavaraj Bommai promised the financial assistance from the state government for modernisation,expansion and the capacity of the Mysore Paints and Varnish.Speaking after inaugurating the platinum celebrations of Mysore Paints and Varnish here on Monday,he said this is one of the proudest institutions of the government which is facing competition from the private companies.

Being in the government sector, despite making a good profit it has not been able to take up expansion,modernisation of this company as it is in need of technology and marketing strategy.

It is possible to compete with private companies by maintaining the quality of the products. 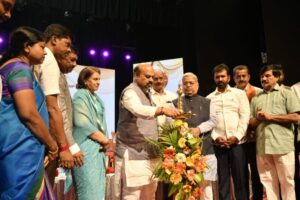 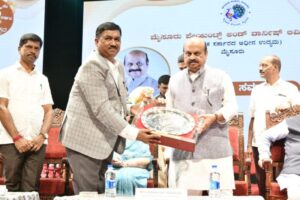 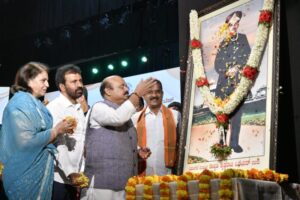 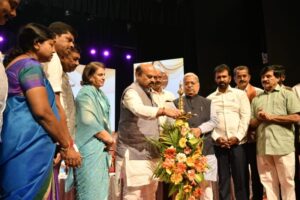 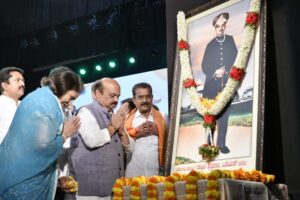 The CM said this factory would be used to manufacture the requirements of people during those days.

Steel and Iron factories, paper,soaps and detergents would be manufactured in the company. However, some companies have been able to withstand the competition in the post-globalisation era thanks to the quality of products.

But they required new technology and marketing strategy.Statue of Mysuru Maharaja Bommai said Vani Vilasa Sagar dam has filled up after a gap of 88 years. Earlier,it had not filled to the brim due to impounding of water from the Western Ghats.

Now, this dam has filled to the brim thanks to the Upper Bhadra scheme.On this occasion,the government has decided to install the statues of Maharajas of Mysore and the present members of Mysore Royal family will be invited for that function.

Like Krishna Raja Sagar Dam in Srirangapatna taluk of Mandya district, the Vani Vilasa Sagar dam has been the water grid of Central Karnataka.These two reservoirs must be preserved for the needs of farmers.

On the occasion of 75 years,he got the opportunity to fix the new sluice gates for the KRS dam which helped to conserve around 300 cusecs of water.

The gates were installed with the help of private engineers as it was not possible from the government engineers.

Now,not even a drop of water is leaking. Over 100 new gates are installed and this will last for at least another 50 years.

But the structure is superb and it will stay as it is for another one thousand years as it has been built without using cement.