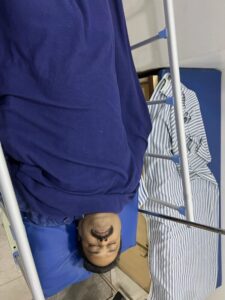 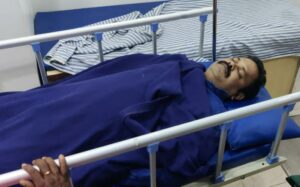 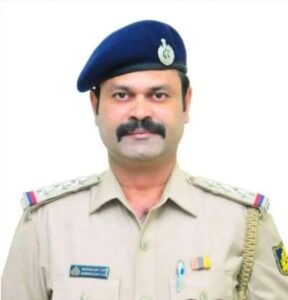 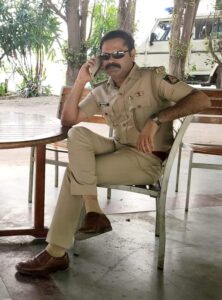 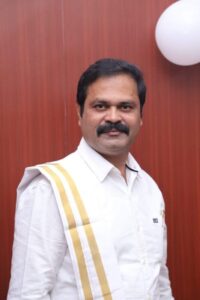 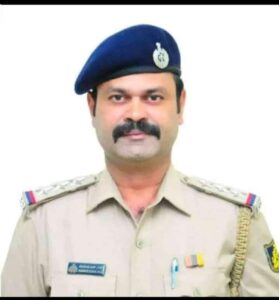 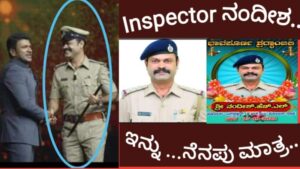 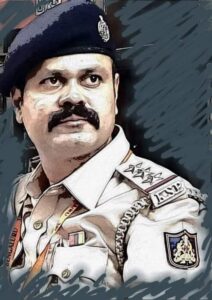 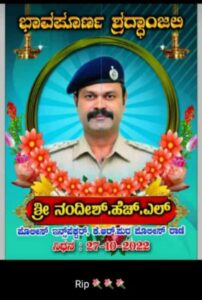 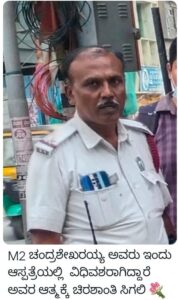 olice Inspector HL Nandish,passed away due to cardiac arrest in hospital.

The said inspector was suspended a week ago due to alleged dereliction of duty,died of cardiac arrest at a private hospital on Thursday .

Mr.Nandish was attached to KR Puram police station has been suspended on charges failing to take action against a pub that was open beyond permissible hours and serving liquor.

The said inspector even participated in colors kannada channel in Kannadadha Kottiyadipathi with Late Power Star Puneeth Rajkumar in a TV show was seen doing memecree of late actor Shankarnag he was seen acting a dialogue on Sangliana film in the show and he says that he can do anyone’s Memecree and he even sang a song in the voice of Puneeth Rajkumar.

The CCB officials raided the pub in the jurisdiction of KR Puram police station in the city recently and found the pub in violation of excise rules and filed a report .

An inquiry was conducted and it was found that the inspector Nandish had failed to discharge his duty and placed under suspension pending departmental inquiry.

Nandish was depressed and spending his time at home after the suspension and on Thursday complained chest pain and taken to a private hospital where he succumbed.

Nandish HL,wife and her family members vent ire on senior officials for suspending her husband she said to Minister,the senior officials were not on night rounds how did they suspend and as now they have suspended him na we don’t need his duty i need my husband keep your duty with you only can you bring back my husband she said he was totally in depression after getting suspended as he was very prompt enough in discharging his duty and he was not on night rounds on the day she said.

Senior officer said,as suspension should not be done they would have issued Rule no -7 as it was only the beyond the permissible limit of time and it is the duty of Night rounds too who was on night rounds on the day the CCB raided the bar and restaurant as night round officers should make sure that all the establishments should be closed within the time but suspending is not the solution they should have given warning to him said a senior officer.

He vent his ire on the senior officials for suspending the inspector as he said did he took bribe and got caught so for that the commissioner has suspended he would have warned him and given chance or other punishment but not suspension.

He further said let the commissioner catch the officers and staff who are looting public and making huge money as they don’t take any step to curb corruption but just For overstepping the time limit of 1 am they have suspended will speak to CM regarding this.

He even said the senior officers are putting pressure on the junior officers on the pretext of disciplinary action and harassing them Minister told reporters.

Inspector Nandish HL was survived by wife and two kids.

In recent days we are seeing many young officers are dieing due to cardiac arrest in the young age just 1 day back a Assistant Sub-inspector attached to Chickpet Traffic, Chandrashekaraiah passed away due to cardiac arrest as he went heart bypass surgery just a week back and after 1 week he passed away due to severe heart attack in the private hospital.