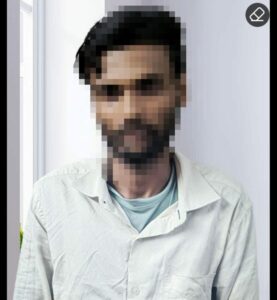 er to convert to Islam.

This is probably for the first time in Bengaluru the alleged love jihad was brought under legal Framework .

The Yeshwantpur police arrested syed moin for marrying 18 year old girl from Gorakhpur in UP. .

The victim stayed with her parents along with two sister and a brother the parents who got to know about the affair advised her against it six months ago,few days ago the girl went missing following which the police have registered a complaint

After registering the complaint the girl on Thursday appeared before police wearing burkha and stated that she had been converted to islam and married to moin.

Shocked parents accused moin of forced her to convert promise to marry.

As per the new rules the conversion should follow procedures and DC of the district should be given application and wait for 30 days to get the probe..the probe is to find out the applicant was forced allured or pressurise to convert.

Ashoka told reporters that the “myth” about Muslims not indulging in forceful religious conversion was busted. He said out that all these days it was assumed that only the Christian community was involved in conversion.

At present moin has been booked and remanded to Judicial custody for further Investigations.