A five-year ban on its subsidiaries as well

They are a threat to national security

In the orders of the Union Ministry of Home Affairs

Mention of links with ISIS

The Center has imposed a five-year ban on the Islamic organization Popular Front of India (PFI) stating that it is becoming dangerous to the country’s security. Along with PFI, its affiliates have also been declared as illegal entities. These include Rehab India Foundation, Campus Front of India, All India Imams Council, National Confederation of Human Rights Organization, National Women’s Front, Junior Front, Empower India Foundation and Rehab Foundation Kerala. It said that the five-year ban will continue on these too. To this extent, the Central Home Ministry has issued an order on Tuesday night based on Section 3(1) of the Unlawful Activities Prevention Act, 1967. It said that all these organizations outwardly appear as social, economic, educational and political organizations but secretly implement an extremist agenda against a section of the society. democracy, It is said that they are trying to damage the constitutional system. There are many cases across the country against PFI which came into existence in 2006. The central agencies have been investigating the terror and financial activities of that organization for four years. Last week, the National Investigation Agency (NIA) conducted raids on PFI offices and leaders in 15 states across the country. More than a hundred key leaders and supporters of the organization were arrested.

* PFI has links with Islamic State of Iraq and Syria (ISIS), Al-Qaeda and other international terrorist organizations, Jamaat-ul-Mujahideen Bangladesh.

* This organization is involved in the murders of Sanjith, Nandu, Bibin, Abhimanyu, Praveen Nettaru in Kerala, V. Ramalingam, Sasikumar from Tamil Nadu, Sarath, R. Rudresh and Praveen Pujari in Karnataka.

* PFI officers and ranks are collecting funds from the country and abroad through bank and hawala channels. Ultimately these funds are used for illegal activities in India.

* Organized secret training camps and inciting the trained people to commit attacks and violence against groups considered enemies of Islam.

* It is trying to damage the image of the government by spreading bad propaganda that Muslims are not protected in India and they are being persecuted.

* This organization has played a role in the nationwide protests against the Citizenship Amendment Act (CAA). 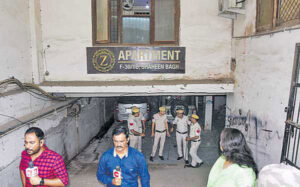 Maoists were also hunted… BJP welcomed the decision on Marpochinda PFI.
Senior BJP leader Mukhtar Abbas Naqvi said that the government has taken the right decision keeping in mind the national security and interest. RJD President Lalu Prasad Yadav demanded that the RSS should be investigated like the PFI was investigated. CPM general secretary Sitaram Yechury commented that ban is not a solution. He said that even though RSS was banned thrice after Gandhi’s assassination, the organization has not changed and no results have been obtained against the Maoists. Congress responded that it will fight against all kinds of religious forces, irrespective of majority or minority. The CMs of BJP-ruled states including UP, Assam and Maharashtra welcomed the Centre’s decision. The All India Bar Association has commented on the ban saying that the Prime Minister and the Home Minister have gone on another surgical strike.

PFI office in Guntur is under siege 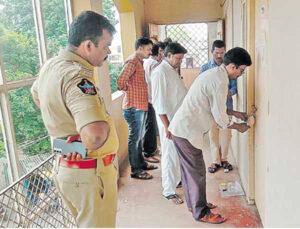 Guntur (Patnambazaru), Newstoday: Officials seized the PFI office in Guntur Chautracentre on Wednesday. It is known that the NIA officials raided the office here recently. They arrested four persons in connection with this case. In the background of the Center’s decision to ban PFI… Guntur East Incharge Tehsildar S. M. K. Rizwan and Lalapeta CI Prabhakar sealed the office on Wednesday as per the orders from the higher police officers.

Abids, Newstoday: MIM chief, MP Asaduddin Owaisi has clarified that he will not support the Centre’s decision to ban PFI and its affiliates. Owaisi, who made a series of tweets to this effect on Wednesday, also spoke to the media at the party’s central office in Dar es Salaam. The democrats wanted to recall that earlier amendments were made during the Congress regime to make ‘UPA’ tougher. Not banning PFI.. Why not banning companies associated with the convicts who carried out bomb blasts on Khaja Ajmeri Dargah? Earlier, the Supreme Court also opined that if some people commit crimes, it is not appropriate to ban the entire organization.