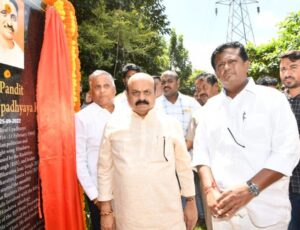 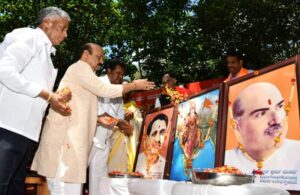 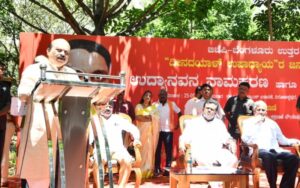 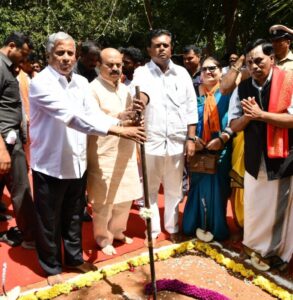 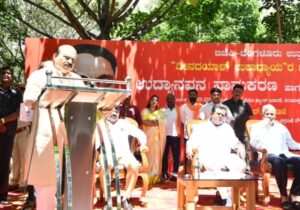 Speaking at a function to name a park at Virupakshanagar in Ward No 9 of BBMP here on Sunday, he said Upadhyaya was a great thinker and leader who studied the system in detail and showed the alternative system, and also gave a new thinking to the concept of country.

He plunged into the service of the country as a teacher and a journalist.At that time,the freedom struggle was at its peak and there were many opinions for it.

While some of them had the western influence and others had left influence. Amidst these two day, the people never identified Upadhyaya and that pain had bothered him for a long time.

It was he who had argued that every country and India has its own culture,thinking,tradition,values, ideals and principles than other nations.

The credit of giving the concept of ‘Antyodaya’ goes to Upadhyaya and this program is a must for the progress of last man in the society.

The CM said Upadhyaya always thought about the unity and integrity of the nation and worked relentlessly for the welfare of SCs,STS and backward classes.

In this name there are Deen,Dayalu and Shikshak and truly lived to his name. He was one of the founders of Bharatiya Janata Party, and also worked as President of Bharatiya Jan Sangh.

All of these ideals are relevant even today.They must emulate the ideals and principles of Upadhyaya in their lives.

The BBMP must take steps for the installation of Pandit Deen Dayal Upadhyaya statue in the park. All care must be taken to avoid any kind of black mark on such great personalities and the future works must be carried out only after due permission.

These hostels are named as Pandit Deen Dayal Upadhyaya so that these students would get inspiration from such a great personality.

Besides,the hostels are being constructed in the name of Dr.B.R.Ambedkar for the SC/ST students,50 hostels for the backward classes students in the name of Saint Kanakadasa.

By doing all these things, the government was continuing the culture and tradition of this land. There is a need for the growth of culture along with civilization.