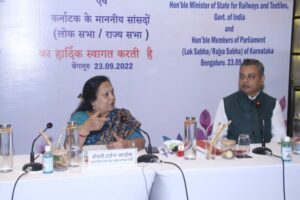 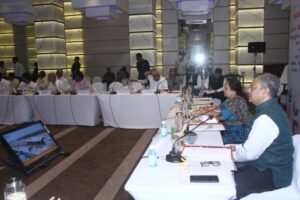 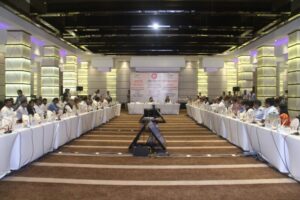 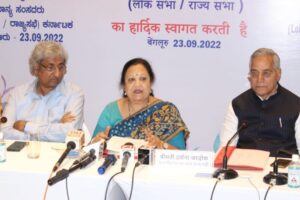 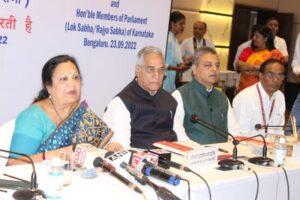 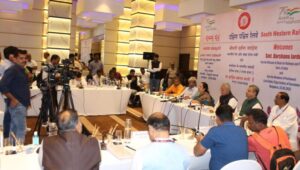 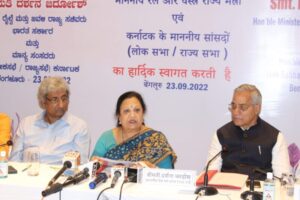 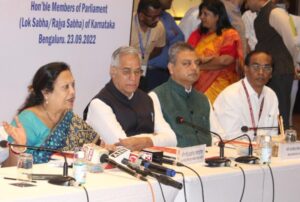 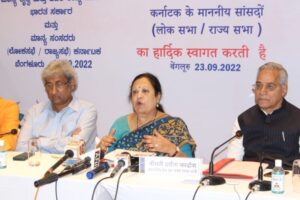 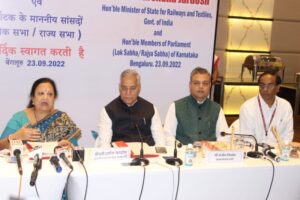 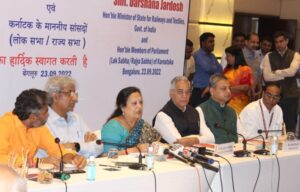 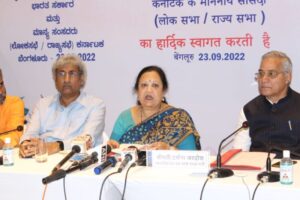 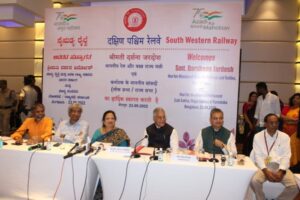 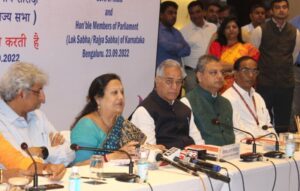 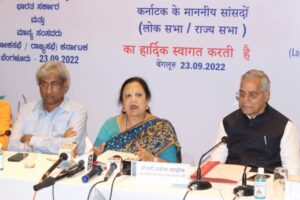 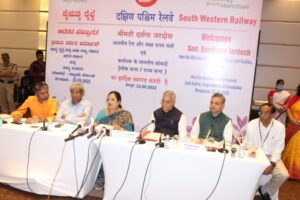 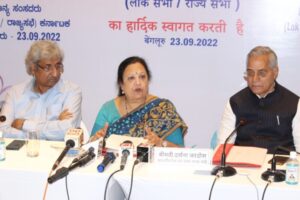 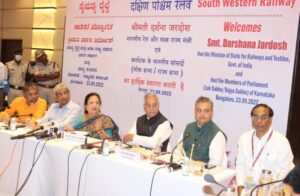 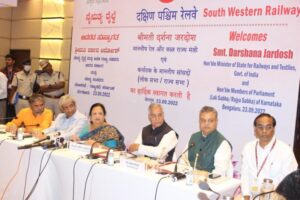 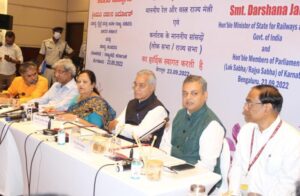 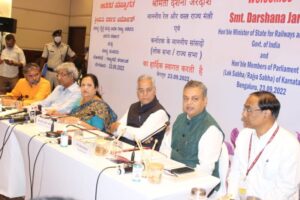 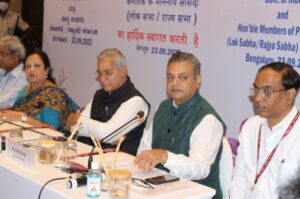 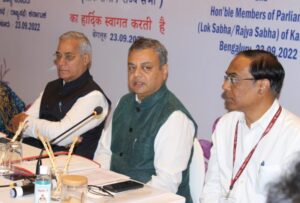 mt.Darshana Jardosh,Hon’ble Minister for Railways and Textile,Government of India held a meeting today with the MPs of Karnataka in Bengaluru.

The other MPs have submitted written representation of demands pertaining to railway infrastructure projects in their constituencies.

Senior Officers from Railways and Government of Karnataka were also present in the meeting.

Hon’ble Minister discussed various issues pertaining to development of Railway Infrastructure in the constituencies of the Hon’ble MPs.

She also gave directions and shared her valuable guidance on enhancing the co-ordination between State Government and Railways for speedy execution of projects.

This was the first ever meeting held in Karnataka by Hon’ble Minister with MPs of Karnataka.

Later,the Hon’ble Minister briefed the press and stated that the objective of this meeting was to enhance the synergy between State Government and Railways, there by resulting in removal of bottlenecks.

She emphasized that the Government is committed to timely compilation of various projects.

She also mentioned some of the new developments such as introduction of Vande Bharath,One Station One Product,new technology like Kavach and other initiatives.