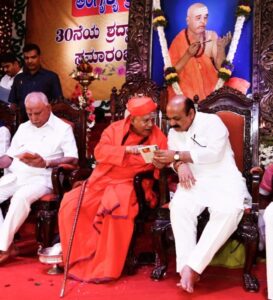 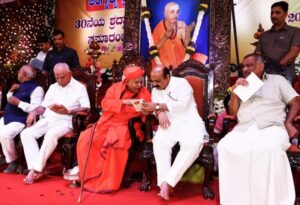 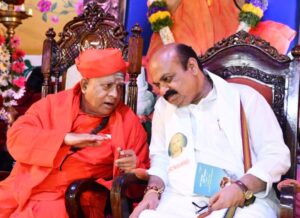 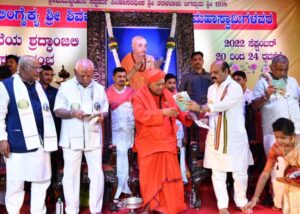 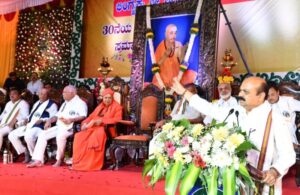 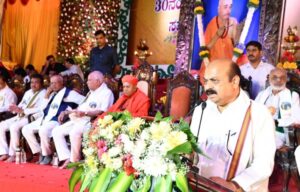 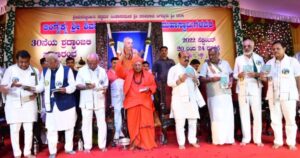 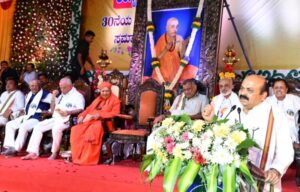 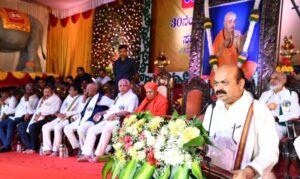 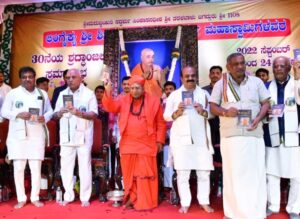 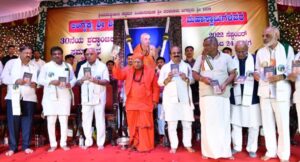 hief Minister Basavaraj Bommai announced that the State government would bring a suitable amendment to the existing rules to end the practice of the confiscation of properties of farmers by banks through issuing notices that too when the farmers are in difficult.

He was speaking at 30th remembrance of Jagadguru Sri Shivakumara Shivacharya Swamiji of Sri Taralabalu at a function organised by Sirigere Sri Taralabaalu Jagadguru Bruhanmutt here on Saturday.

The CM said banks would serve notices on farmers for non-clearance of loans and attach properties of farmers.

By bringing an amendment to the present rules, the government would end the practice of confiscation of farmers’ properties by banks and also allow peasants to clear loans at ease.

The CM said he has formulated the Vidyanidhi scheme for the kids of 14 lakh farmers and the same has been now extended to the children of agricultural labourers,weavers,fishermen,auto rickshaw and taxi drivers.

This scheme aimed at providing employment to them through education.The government does not want the children to stop studies due to lack of funds and it wants to ensure a bright future for them.

Several programs have been chalked out in all departments including water resources.In spite of giving zero percent loan to farmers up to Rs.3 lakh still they are facing problems due to nature’s fury.

This time,the state has received good rains and all the tanks and water bodies are full,and there would be no problem in the next two to three years.But in some places,floods have caused problems for farmers.

Bommai said the declaration of Upper Bhadra scheme as a national project is in its final stages.

Once it gets the nod from the Union Cabinet,Rs. 14,000 crore grant will come to Karnataka and it is enough to complete this project soon.

No relationship will last long if life becomes business.Life must remain as it is without any change.There is both virtue and sin in philosophy, and there is profit and loss in business.

The books written by the seer have many points to reform lives.Our government will follow the principles and ideology of Taralalbaalu Bruhan Mutt,contemporary and progressive thinking and to remain ‘Stithapragna’ without bothering to praise or criticism.

This mutt loves farmers and the working class and the same thing will be done by us also”.

The CM said the senior pontiff had dedicated himself for the cause of society,fought against the social evils and worked for the welfare of humanity.

The life of seer has been their source of inspiration and a guiding path.The seer never stepped back and walked forward by not bothering about difficulties in running the mutt administration.

He built his life and mutt by taking on politicians, government and system.The life and achievements of the seer are adorable,he added.

Bommai said the central part of Karnataka has been facing water problems for many decades due to non-filing of tanks.

At that time,the seer started explaining the importance of water,tanks,irrigation projects and water conservation.

This prompted the government to take up a lift irrigation project and it was executed by former CM,BS.Yediyurappa.

By doing that, he proved anything can be done if they have the willpower. ”

I and former Water Resources Minister M.B.Patil have worked together when it came to the state interest”.