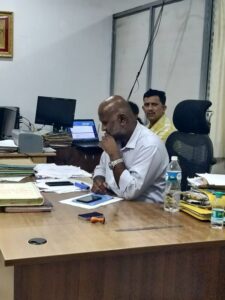 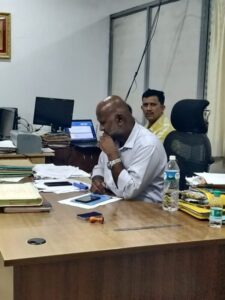 okayukta officials on Thursday trapped and arrested Deputy Tahsildar of North division red handed while accepting a bribe from a land owner for an official favour.

The accused PM Srikanth was booked under Prevention of Corruption Act and taken into custody for further investigations .

Senior officer said,Raghushankar,resident of Kodigehalli had applied to get genuinety certificate for his land which was taken over by the BDA Raghushankar had applied for the certified copies to seek compensation from the BDA.

The accused officer had demanded Rs.13 lakh from Raghushankar for the job and was trapped red handed while receiving the first instalment of Rs.45,000