Home / City News / The Era of Elizabeth II : Her life before she took the crown 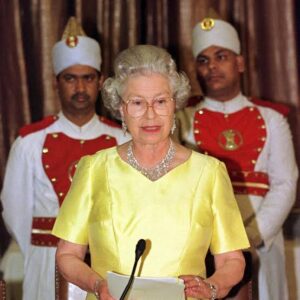 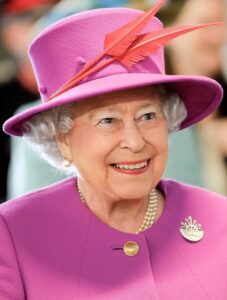 he royal family of England is popular not just in England but across the globe.The royal family is recently in the news as Queen Elizabeth 2,the longest serving monarch of Britain has passed away.

This brought an end to the Era of Elizabeth 2 who was the longest-serving monarch of England.She devoted her life to the people of Britain by fulfilling all the duties of a monarch.

Elizabeth Alexandra Mary was born in 1926,on April 21 to the duke of York,Prince Albert,and Lady Elizabeth Bowes-Lyon, his wife.

Her mother had a great influence on her during the early stages of life which crafted her into a devout Christian.

Unlike the common children in England, the royal children Elizabeth and her younger sister Margaret did not attend any school.

They received education under the guidance of home governess, Marion Crawford.She was taught religious lessons by the Archbishop of Canterbury.Her mother and Grandmother,Queen Mary,taught her royal etiquette.

She was trained in music and had a good grip on the French language.She had taken history lessons from C.H.K.Marten.

She joined the Girl guide which taught her survival skills.She was a member of Sea rangers, an association that teaches water-based activities to girls.

Her early life was mostly confined to the walls of the palace and she spent most of her time under the care of nannies during childhood.

She was made aware of the royal responsibilities at a very young age and went on to fulfill them during her reign as the Queen of England.

Her Role in World War II :

When Britain entered World War II,Elizabeth desired to serve the country by taking part in the war.

However, as she was young, she was not permitted to participate in the war and was shifted to Windsor Castle along with Princess Margaret Rose,her younger sister away from the royal family.

In 1940,she gave her first radio speech comforting and reassuring the children who were parted from their families due to the war. Her speech during the war crisis reflected her courage and calmness.

In 1945,she entered into the auxiliary territorial service to provide help in the war.She was trained as a driver and mechanic during this phase.She was the first woman from the royal family who was in the armed forces.

During this time she interacted with the citizens anonymously,by walking through the streets and cheering for the king and queen along with the people of the country to boost the spirit and morale of the country during wartime.

Later on,she began to attend to public duties.Her father inducted her as Grenadier Guards Colonel-in-Chief.She was on official trips along with her parents before becoming a queen.

In the Line of Succession :

The then King of Britain King George V died in 1936.Edward VIII ascended the throne on 20th January 1936 but was later abdicated,in December 1936,as he was married to an American divorcee,which was against the royal family code.

Prince Albert,the father of Elizabeth,ascended to the throne,making her the first in line to the throne at the age of 10.

Thus,fate had its way to make Elizabeth the queen of England.Later her father died on February 6th,1952 and she ascended the throne when she was 25 years old.

Princess Elizabeth was betrothed to her distant cousin in 1947 named Philip Mountbatten.He was serving as a lieutenant in the Royal Navy and was Prince of Greece and Denmark earlier.

Princess Elizabeth first met him when she was 8 years old. At age of 13,she met him in the Royal Naval College,and the young cadet entertained the royal sisters with games and displayed his athletic skills.Love blossomed between the two during this time.

Though the relationship between the two was initially disapproved, the royal family later conceded and the marriage happened on 20th November 1947.

Then King,Albert,conferred titles such as the duke of Edinburgh,Baron Greenwich,and earl of Merioneth on Philip Mountbatten.

The couple received as many as 2500 wedding gifts.The women of the country sent Princess Elizabeth around 131 pairs of nylon stockings.

The couple also received apple boxes,500 pineapple tins,and around $83 million worth of necklaces.

The young couple started living in London at Clarence House after the marriage ceremony. Her wedding dress was bought using the war-time rationing coupon.

Accession to the Throne :

King George VI’s health deteriorated in the summer of 1951,and Elizabeth attended the Trooping the Colour to represent him.

The young couple of Elizabeth and Phillipe started their tour to Washington, D.C.,and Canada in October 1951.This tour was regarded as highly successful.

They later traveled to New Zealand and Australia in 1952 January.But while on the trip they received the news of the King’s death and came back to England midway.

After the death of King George VI,father of Elizabeth on February 6,1952,Elizabeth was now the queen of Britain.

The queen spent her initial days of reign mourning her father’s demise.She,however, moved to Buckingham Palace,in the summer of the same year.Her first Parliament state opening was held on November 4th, 1952.

The ceremony was viewed by many people across the commonwealth countries.The queen wore the Imperial State Crown and St.Edward’s Crown.

Role of the Queen :

She consistently worked towards the welfare of her citizens and uplifted the country.She has adopted modern values and diluted the strict rules of the royal code to suit the evolving times.

In 1953,immediately after the coordination,the queen was accompanied by the duke of Edinburgh on a world tour of the Commonwealth countries for 6 months.

She was considerate about the problems of the people.She was a committed Empress who always thought of her people’s welfare.

She was compassionate,empathetic,and kind toward human suffering.She sent heartfelt condolences to the Americans,after the attack of 9/11.

She condemned the attack and wrote a note saying that her thoughts and prayers are with the affected families.

She embarked on a royal tour to the Indian subcontinent in 1961. She has visited the globe to many countries in South America, the Persian Gulf, South Pacific, etc. She presided over a meeting of Commonwealth leaders at the London banquet in 1977.

Even during the critical times of 2020, when the British prime minister was affected by COVID-19, the Queen has instilled a ray of hope in the people of the country by assuring them that the bright days will return,times to be with families and friends will be soon coming.

As a veteran of World War II,her words have given faith to the nationals and also to the people across the globe.

Thus,she set a role model to today’s youngsters on how to be sincere towards one’s work.She was calm and composed in most of her dealings since she was young. She resonated with modern time beliefs and adopted a liberal outlook in most of the royal dealings and court dealings.

Few of Historic Moments During Her Reign
Queen Elizabeth II reigned the country during the most changing and difficult times in the history of Britain.

Her rule has overseen many revolutionary decisions,and the Queen has held her people during difficult social and economic times with faith and determination.

Let us see some of the critical events during her reign of 70 years.

She was the first reigning monarch to visit the commonwealth countries.She regularly visited countries across the globe to understand people’s problems and find solutions.She is regarded as the most traveled State head.

It is under her reign,in the 1960s and 1970s that over 20 nations in Africa and the Caribbean have been decolonized by the British Empire.Later, Britain entered the European community.

Britain officially entered the European Union in 1973 under the leadership of Prime Minister Edward Heath, during Queen Elizabeth II’s reign.

This decision is to enhance the country’s economic growth and investments.

Visit the Republic of Ireland :

This is a historic moment in Britain,as Queen Elizabeth II has become the first serving monarch of England to visit the Republic of Ireland after the peace process in 2011.This trip has ignited a spirit of hope and friendship between the two communities.

The longest-serving Britain Monarch, Queen
Elizabeth has rested in peace after serving her people for about 70 years with commitment and sincerity. The people of Britain are privileged to interact with her during her trips and receive her kindness.