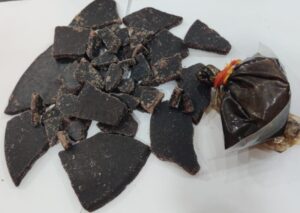 he Halasuru police on Sunday arrested a 32-year-old African national recovered 20.8 grams of cocaine from him.

The accused identified as Camara Charales,from Guinea was caught red handed in front of Taj hotel on kensington road while he was waiting for his clients to deliver the drugs.

Based on a tip off Manjunath M,Inspector,rushed to the spot and arrested the accused.

The accused had come to city on student visa and started peddling drugs for the past one year, a police officer,said adding that the police are now trying to track the source of drugs and his clients.

In another incident,the Malleshwaram police arrested a man and recovered 700 grams of opium from him on Sunday.

The accused was arrested while he was waiting at the Malleshwaram grounds close to the police station.

Inquiries revealed that the accused from Rajasthan came to city five years ago and working as labourer at a electrical appliance manufacturing factory .

He would source the drugs from his native Rajasthan and smuggle it in the city by train and sell it to his clients to make extra money.