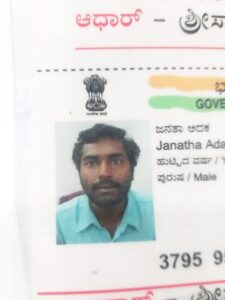 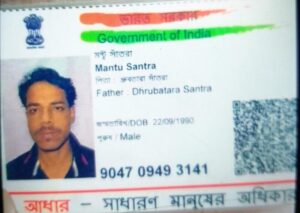 32-year-old labourer sustained 30 percent burn injuries after his colleague splashed diluted sulphuric acid on his face over a fight over trivial row in cubbonpet on Sunday evening.

The accused has been identified as,Janata Adak hailing from West Bengal.

Senior officers with jurisdiction police rushed immediately to the spot and shifted the injured to hospital and after collecting information of the incident the Halasurgate police nabbed the acid attacker.

The injured Mantu santra,sustained burn injuries on his face and chest admitted to Victoria hospital while the accused Janata Adak,has been arrested by Halasurugate police .

During investigation it was found the duo native of West Bengal were working in a jewel shop to polish gold and silver articles and stayed near the shop.

On Sunday the the duo got drunk and argued over a trivial issue.While Mantu was recording the argument on his mobile.Irked by this Janata Adak splashed acid on his face .

Mantu raised alarm prompting the neighbours to rushed to his help and shifted him to the hospital before alerting the police.

This is the second incident of acid attack in the last one month.The accused Nagesh Babu,shot at by Kamakshipalya police for trying to escape from the custody and later admitted to the Victoria hospital on May 14 was taken into custody on Tuesday .

Nagesh was treated at the hospital for 17 days and after recovery he was taken into custody for further investigations.