AThe world today is fascinated by the marvelous approach of simultaneously checking for two hardships and environmental damage. The suffocation of green methods such as solar and wind power is the beginning of revolutionary change. This system called ‘Gravity Battery’ will store a lot of electricity cheaply and for a long time and allow it to be used when needed. This eliminates the biggest problem associated with renewable fuels. Lithium ion batteries in this technology are not susceptible to harmful chemicals. This mechanism works by defeating the pulsating gravitational force. India is also focusing on this technology, which will make eco-friendly power generation methods widely available. The National Thermal Power Corporation (NTPC) recently signed a memorandum of understanding with the Swiss-American company Energy Vault to explore the possibility of setting up such a center.

With a pendulum clock ..

The process of using the force of gravity in tools has been around since time immemorial . The pendulum clock, invented by the scientist Christian Higgins in 1656, works with the same power. Gravity batteries have been around ever since.

What is Gravity Storage 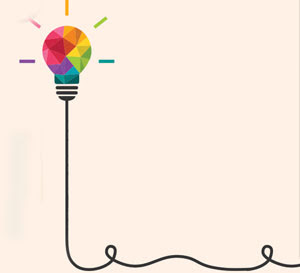 The key is to store electricity using the force of gravity . No batteries required for this. Initially, the process was carried out with the help of water. This was called gravity based ‘pumped storage hydropower’ (PSH). It was first developed in Switzerland in 1907. Today it is recognized as the largest grid power storage system in the world. Scientists have now come up with a way to store electricity by lifting weights without the need for water and lowering them by gravity.

*  Current lithium ion batteries contain chemicals that are harmful to the environment. It is difficult to recycle them. Similar problems are rare in the approach taken by Energy Vault‌. The concrete blocks are made by adding a polymer to the ash and other locally available waste.

*  The maintenance cost of a gravity storage system is almost half that of a battery system. Cells in battery storage centers deteriorate over time. They need to be changed from time to time. Infrastructure related to the energy vault does not have such frequent replacement parts.

*  Gravity storage system can withstand extreme weather conditions and high temperatures. It does not pose a chemical fire threat like batteries.

*  Its efficiency is almost 90 percent. This means that up to 10 percent of the energy is lost in the process. The efficiency of pumped storage hydro plants is 70 percent.

The first pumped storage hydropower (PSH) system in the Gravity storage system was used in several places. This requires two reservoirs. One of them should be at the top of the reservoir and the other at the bottom. In the middle are pumps and turbines that generate electricity. Overall this system works like a battery.

This is how PSH works.

*  When there is surplus electricity in the grid .. it is used to pump water from the lower dam to the upper reservoir.

*  In fact here it is calculated as the storage of electricity in the form of water reaching the upper dam. This water is released into the dam below when electricity is needed. With the help of gravity this water flows downwards and rotates the turbines in the middle of the path. This is how electricity is generated. All this is similar to the charging and discharging process in a battery.

Harmful carbon emissions from power generation remain significant. This is due to the use of fossil fuels such as coal. Without these, it will be difficult to achieve ‘netzero’ levels by 2050. In addition, the demand for electricity is increasing tremendously. In this context, countries are moving towards renewable energy sources such as wind and solar power. However there are fluctuations in the current generated by these types of policies. When the wind speed decreases, there is no power supply at times when sunlight is not available. This problem needs to be overcome with efficient power storage systems. Otherwise the situation of having to rely on fossil fuels for power generation will continue.
Existing fuel storage systems are very expensive. Tesla has spent $ 6.6 billion to build a 100 MW battery-based storage facility in Australia. The construction of the Bath County Pumped Storage in Virginia, the world’s largest hydro storage facility, cost $ 160 billion. However, the construction of the Energy Vault’s Gravity Storage Unit cost only $ 70 million to $ 80 million. Therefore, experts say that such an approach is desirable for fuel storage. That said, it offers affordable, enormous, long-term power storage opportunities.

Gravity Power and New Energy Let’s Go also plan to store electricity from the basement. Both of these approaches, however, involve water consumption. Water is pumped into the basement and a large piston is raised. Then when the piston is dropped, the water below it rapidly rushes towards the turbine and rotates it. The result is electricity. 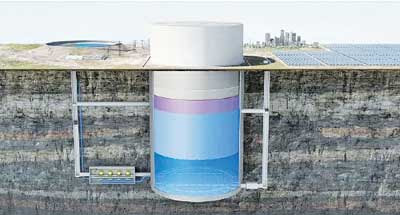 There are some disadvantages to the PSH approach. This requires two large water reservoirs. They should also be at different heights. Areas with such facilities are limited. It is difficult to build these projects from scratch. In the process of creating an energy vault, instead of water, heavy concrete blocks are moved up and down as needed to store electricity. A large crane system was developed for this purpose. It has six ‘hands’.

*  Energy Vault has set up a pilot center in Ticino, Switzerland. The height of the crane is 75 meters. Its arms hang from metal cables, hooks, and hooks.

*  The motors in the crane are powered by electricity collected from a nearby wind farm. In this sequence the metal cables and hooks in the crane’s hands go down, push the concrete blocks down and slowly lift up. They are then arranged in a systematic circle. 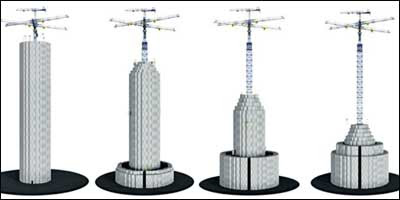 *  Stacking the blocks on top of this is like storing electricity. Then when the current is needed the craned cables will again hold those concrete structures and drop them down by the force of gravity. Name them like another circle at the bottom. In this sequence the motions of the cables in the crane rotate in the opposite direction to generate electricity.

*  Autonomous software manages to move blocks up and down and arrange them systematically. Observes fluctuations in the grid and carries out this process as needed.

A total of 35 metric tons of barrels can store up to 35 MW of power. In descending order, each block generates approximately one megawatt of electricity in 30 seconds. It is enough for about a thousand houses.

Inspired by PSH, many companies have come up with new policies to overcome the difficulties. Developed methods that do not require reservoirs. It also involves the process of storing electricity by moving any object up and down instead of water. The approach developed by ‘Energy Vault’ in this direction is attracting the attention of many countries, including India.

*  The energy storage mechanism for gravity is somewhat simpler compared to the Energy Vault process. It raises and lowers a large number of blocks, instead of lifting or unloading one or a very limited number of large structures. Each structure weighs between 500 and 5,000 metric tons. If they move a few centimeters, they will generate megawatts of electricity. The system is installed in deep mines and basements that are not in use, rather than on the ground.