Home / City News / CM Bommai’s humane response to the plight of a physically challenged man;Youth from Adavibavi to get a 3-wheel scooter Moved 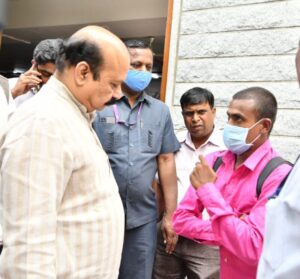 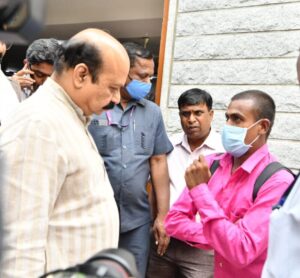 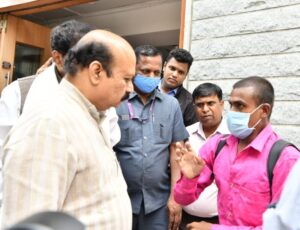 oved by the plight of a physically challenged youth,Shivappa from Adavibavi village of Kanakagiri in Koppal district,Chief Minister Basavaraj Bommai’s humane response touched the hearts on Saturday.

Even as the Chief Minister was coming out after attending the State BJP Core committee meeting Shivappa narrated his woes as his 3-wheel scooter was wrecked in a recent road accident. He urged the Chief Minister to get him a new 3-wheel vehicle.

Touched by his plight,Bommai responded immediately and called the Deputy Commissioner of Koppal district over phone and instructed him to get a new 3-wheel vehicle to Shivappa.

Chief Minister’s gesture not only brought relief on the face of Shivappa, but won the hearts of those around as well.