Home / City News / Priority to improve the standard of Nursing Colleges in the State: CM Bommai 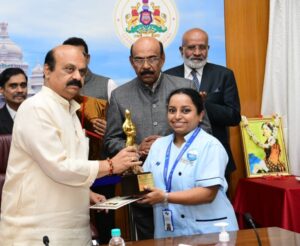 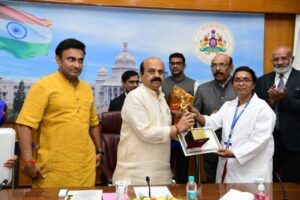 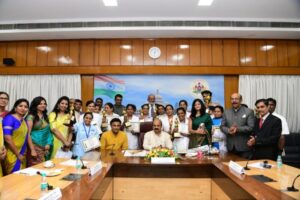 riority is being given to improve the standard of Nursing Colleges in the State,Chief Minister Basavaraj Bommai said participating in a function to present the ‘Florence Nightingale’ award for the year 2020-21 organised by the Department of Health and Family Welfare and the Anglo Indian Unity Centre.

Acknowledging the importance of the Nursing profession in Health services,Bommai said, Nurses need to have the knowledge of all aspects of modern medicine and also the expertise to use modern medical equipment.

Government and private hospitals need to work in tandem to provide good medical care for the people.

State government would identify Nurses who are rendering good service and honour them.

Namma Clinics’ are being started in all the cities, 100 Primary Health Centres are being upgraded, mobile hospitals are being launched in 4 districts, Bommai said.

The Chief Minister assured to resolve the issues related to payment of salaries to Nurses working under the National Rural Health Mission.

Nurses who are engaged in the noble profession are serving the society like messengers of God, we cannot put a price for their service, he said.

Honour the Nurses serving in Northern Karnataka too

The Chief Minister was full of praise for Nurses, especially those serving in far flung areas.There are good Nursing colleges and Nurses in Northern Karnataka too.

The good services of Nurses serving Northern Karnataka and other far flung areas too should be identified and honoured,Bommai suggested to Ivan Nigli,head of Anglo Indian Unity Centre.

Bommai appreciated Jahnavi Gowda,a 24 year old Nurse from Shivamogga who donated her organs when she was about to die,thus giving a new life for 6 people.