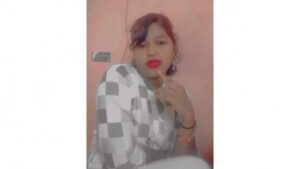 he Alert Ramanagar police on Tuesday cracked a murder case and arrested four persons including a couple on the charges of murdering a 22-year-old woman and trying to dispose the body in Kaveri river in Srirangapatna.

The couple were caught when they slipped from the scooter along with the dead body while negotiating a road hump in front of DC office on BM road in the wee hours .

The Alert Ramanagar night patrolling police on night rounds rushed to the spot and shifted the injured to a near-by hospital where they found that woman,riding triple along with the other two persons was dead.

Suspecting something fishy,when the police questioned, the duo confessed that they were transporting the dead body from a house in Rajarajeshwarinagar to Srirangapatna to dispose the body in the river.

Santosh Babu K,SP,Ramanagar,told reporters that the deceased Soumya,a native of Ambur and working as housekeeping staff at a marriage hall was staying with her friend Durga, 22,at her house in RR Nagar.

Durga was also working as housekeeping staff at the marriage hall with Soumya and married to Raghu,25,a construction labourer .

Investigations revealed that Durga accused Soumya of stealing valuables from the house and the duo had heated arguments over the issue on Tuesday and was asking her to pay 40,000 rupees for the jewellery for which she refused.

In the melee, Durga attacked Soumya with a blent metal object and locked the severely injured Soumya in a room till late night.

When Raghu returned from work and opened the room and found Soumya dead lying in a pool of blood.

Scared of being caught,Durga took the help of her brother Nagaraju and his friend Vinod Kumar and Abhi to dispose the body.

As per the plan the accused carried the body in a scooter to throw it in Cauvery river in Srirangapatna and return back.

However while rididng on BM road,the accused failed to notice the hump and lost control over the scooter and fell down,Mr.Babu,said.

The police have arrested all the persons charging them under murder and under destryoing evidence while efforts are on to track down another accused Abhi,20 who is on the run.

Detailed investigation by the team led by BS Mohan Kumar,found that  Soumya and Durga claimed to be working in a choultry but were engaged in the flesh trade.

Durga used to run a brothel in her house and Soumya joined her in the trade.

Finally,IGP, Central Range,M Chandrashekhar,has appreciated,SP Ramanagar,Santhosh Babu K,and the alert night patrolling staff who has done a commendable job in cracking the murder case of woman and a special reward will be given to the night patrolling police staff for their excellent work he added.