It is named after the Black Sea. It has been a fermenting fire since the Cold War. Never calm down. There is always a power struggle going on. During the recent war on Ukraine, Russia lost three ships and two boats. In April, a Russian general announced that his goal was to make the original Ukraine “out of contact with the Black Sea.” On the one hand, the city of Mariupol is under Russian control, while on the other hand, the port city of Odessa has intensified its attacks.

Russia jointly launches hypersonic missiles at the port city of Odessa in Ukraine during Victory Day. A total of two Kinzal missiles were reportedly fired from the warplane. Authorities in Ukraine have confirmed that two hotels were destroyed in the attack. These developments are not at all positive for the whole of Ukraine. Ukraine is also in a position to forget this port. If that happened then Ukraine would be doomed. 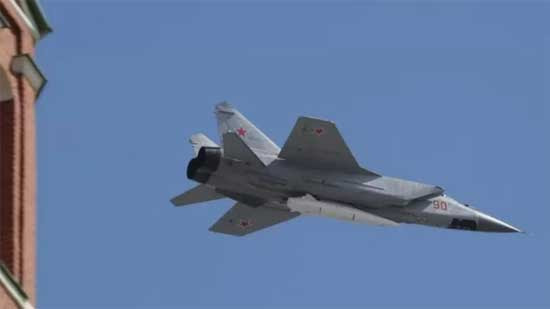 Do you owe Kiev the Black Sea?

The Economist article reveals that a senior general has revealed that they will occupy Odessa and set up a corridor from the Donbass region to Russian-backed Transnistria in Moldova. If that happened then Ukraine would have to forget about the Black Sea route. About 70% of the cargo that the country exports goes through this route. At the same time, Ukraine’s food grains shipped to countries around the world on this route face serious difficulties. With the city of Mariupol already under control, Ukraine’s grip on the Sea of Azov is almost cut off. In addition, Ukraine will sever ties with the Rhine-Maine-Danbe Canal in Europe, which connects the Atlantic to the Black Sea.

Attempts by Turkey to block the opening ..

Russia and Ukraine have control over the Sea of Azov. From this sea one enters the Black Sea through the Kerchie Strait. Bulgaria, Turkey, Romania, Moldova, Ukraine, Russia and Georgia conduct their international trade via the Black Sea. The Black Sea meets the Marmara Sea via the Bosporus Strait. The ships sailed into the Aegean Sea via the Dardanelles Strait and from there to the Mediterranean Sea. They cross the Strait of Gibraltar into the Atlantic Ocean and trade with other continents. The Bosporus and Dardanelles Straits are under Turkish control. The Montreux Agreement was signed in 1936 to allow the free movement of civilian ships from countries under the Black Sea. At the same time there are very few restrictions on the warships of these countries. These could be prevented by Turkey during the war. Aircraft carriers are never allowed. Turkey recently imposed sanctions on warships under the Montreux Agreement following the outbreak of war. Russia has said it hopes to intensify its offensive against Odessa in Ukraine if additional ships arrive from other regions. 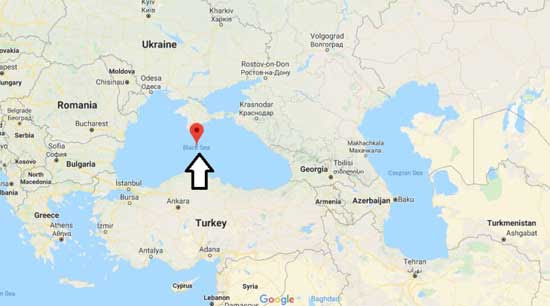 Russia recognized the importance of the Black Sea almost three centuries ago. In 1783 Blacksey formed an army. Even after the formation of Ukraine, Moscow made offers to Kiev to retain the port of Sevastopol on the Crimean island of Black Sea. Crimea was annexed by the same force in 2014. The current Russian Black Sea force consists of up to 20 large ships and submarines. In March, Ukraine destroyed a Russian ship, the Saratov, a Moscow warship, a recent landing ship, and two other patrol boats at the Berdyansk port. However, Russian forces did not back down.

‘Admiral Makarov’ .. Kerch bridge is the target of Kiev ..!

The number of Russian heavy warships in the Black Sea force dropped to three after the sinking of the Moscow warship. The most important of these was Frigate Admiral Makarov. In this context, Ukraine’s Neptune missile batteries and TB-2 drones are no doubt on the hunt for it. This puts it at a reasonable distance from Ukraine’s missiles. As a result, even Russia is unable to fully utilize the ship. Weighing 4,000 tons, the ship will have a crew of 200. It can launch 24 buck medium range missiles and 8 kilbir cruise missiles.

Moscow has spent $ 3 billion to build the Kerch Road and Rail Bridge over the Kerch Strait to connect Russia and Crimea. In the past, Putin has seen himself driving a truck over the bridge. So far, Russia has moved its weapons to Crimea via this route. But Russia has set up impenetrable air defense systems to protect it. In addition, experts say that the steel bridge is not likely to be demolished by just a huge bomb .. missile. Ukraine’s drones can carry a maximum of 400 pounds of bombs. With this, Ukraine’s attack on the bridge now seems impossible.