The Northeast Division police of Amruthahalli police have a arrested four persons of a gang which is involved in defrauding money and cheating innocent people by showing fake currency.

The accused have been identified as M Nataraju,50,Rakesh, 29, Balaji, 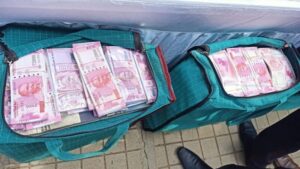 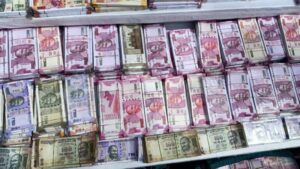 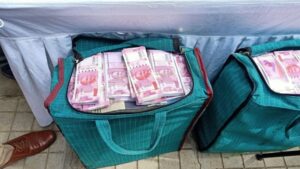 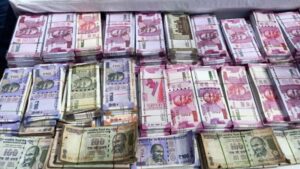 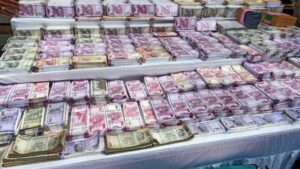 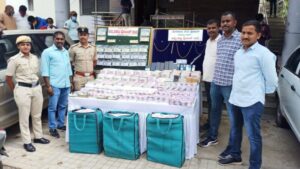 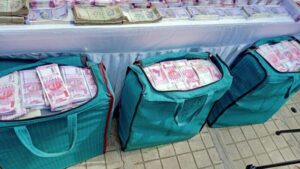 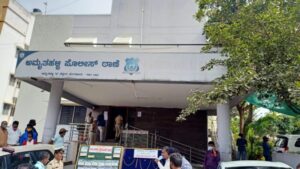 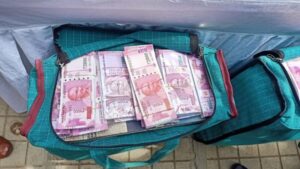 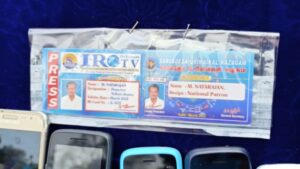 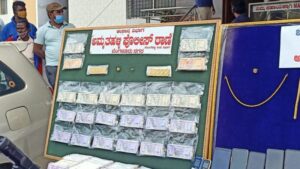 A senior officer told reporters,the Amruthahalli police were on lookout for the gang who has kidnapped a businesswoman J Sangeetha from Andhra Pradesh in the month of October last year in the pretext of showing the site and robbed them at knife point and escaped with 10 lakhs rupees.

A special team was formed by DCP,Anoop A Shetty under the able supervision of ACP, Sampigehalli sub-division,Rangappa,a team headed by PI,Guruprasad and his team swung into action and after visiting the spot of the crime team pressed into action.

The crime team who were in action based on reliable inputs and using technology skills arrested a gang of four persons based on technical evidence.

The team secured them and during questioning the accused confessed the crime and revealed that the accused posing as members of press and human rights group used to lure people promising to get them sites and also running money doubling racket and cheated them.

During investigation the accused has been identified as M Nataraju,50, Rakesh,29,Balaji,41 and G Venkatesh, 50.

A detailed investigation by the team it has revealed that the accused would move around the city with fake press and human rights activists card to look for the gullible people.

The accused has lured J Sangeetha,a businesswoman from AP promising to get her a site.

when the victim came along with her driver to buy the site with Rs 10 lakh cash on October 25 last year,the accused took her to an isolated place on the pretext of showing the location of the site, threated her at knife point and escaped with the cash.

Based on the complaint, the police track down the accused and recovered gold valuables cash worth Rs.5.8 lakh a car, scooter and a knife which the accused had used to commit the robbery.

Further investigation by them it is revealed that the accused were also running a money doubling racket and cheated many people by taking the money and returned fake currency notes.

Altogether the team has recovered Rs.5.8 lakhs with gold ornaments,14 mobile phones and Fake currencies worth Rs.20 crore from their possession.

So far the accused have cheated around 10 persons but no complaints have been filed. We are probing further to identify the victims and to know why they have not filed a complaint yet he added.

Finally Bengaluru Police Commissioner,Kamal Pant has appreciated Addl CP East, Subramanyeswara Rao,DCP Northeast,Anoop A Shetty,ACP,Rangappa,PI,Guruprasad,PSI,and his whole crime team who has successfully nabbed all the four and busted a fake currency and money doubling racket and saved many gulibble people who were targets of this gang a suitable reward will be given to the whole team he added.