A meeting was held by Chief Minister Basavaraj 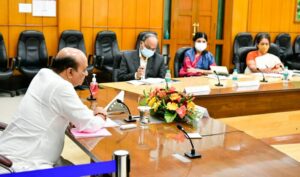 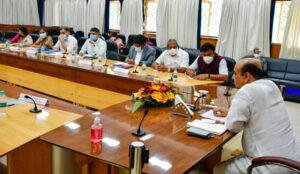 Bommai today in connection with the reform of the government.

Chief Minister Basavaraj Bommai has instructed the officials to formulate criteria to introduce an annual ranking system to assess the performance of all the departments.

He was speaking at a meeting on administrative reforms at his home office ‘Krishna.’

Civic services should be made easily available to citizens by cutting down the layers of decision making. Petitions from the people should get a response within hours.

Accountability should be fixed at lower and higher levels. Some of the responsibilities of the Revenue department should be delegated to Gram Panchayats, Bommai said.

About 40% of government work would be reduced if the Revenue department is reformed, Bommai opined.

Development projects like irrigation and public works should be completed within a time frame. State is suffering the highest losses due to failure in completing the projects in time, he said.

Bommai wanted change in rules and identify redundant laws, He asked the officials to clear the amount that has piled up in bank accounts due to not utilisation of funds allocated for various projects.