The 26 police senior police officers of the state who have joined the Karnataka Police Service have been promoted to the rank of IPS.

The state government has recommended 26 police officers name who have been assigned with various posts by the state police department based on their experience.

The Central Government on Friday has approved this and issued an official order confirming the service of 26 police officers of Karnataka Police Service based on service excellence.

The officers assigned with various posts are promoted to IPS rank are : 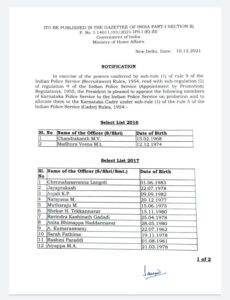 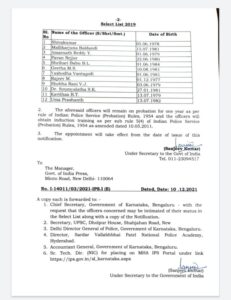 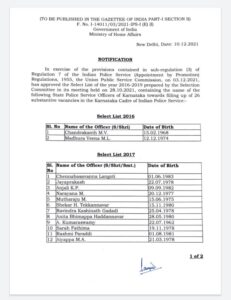 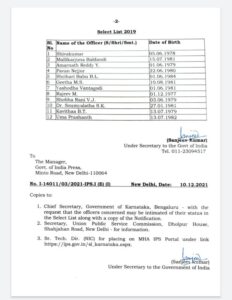 The appointment will take effect from the date of issue of this notification says the order.