In another round of reshuffle,the state government transferred 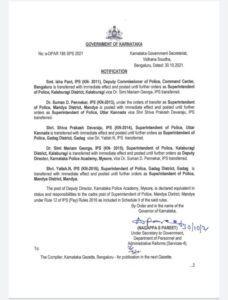 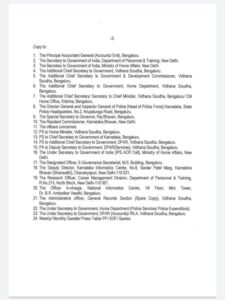 The government on Saturday has transferred some IPS officers of 2011 to 2016 batches in the state.

While Isha Pant has been posted As SP, Kalaburgi as the existing SP,Simi Mariyam George has been transferred and posted as Deputy Director, Karnataka Police Academy,Mysuru.