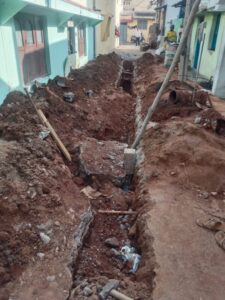 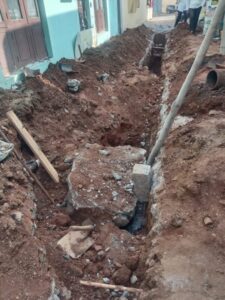 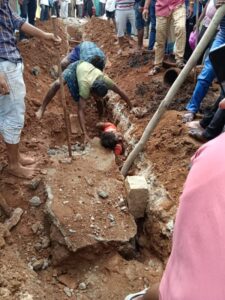 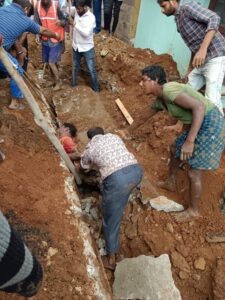 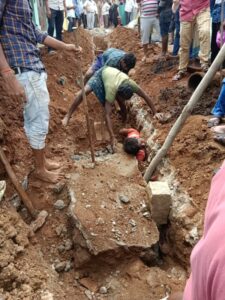 25-year-old labourer was killed and another injured when a cement slab slipped on them on Bhajan Mandira road in Kengeri on Saturday.

The deceased has been identified as Chalapathy Perumalappa,25 from Mulabagilu,Kolar while Muniyappa, 45,who was buried under the stone slab and debris was rescued by fire and emergency service personnel .

Senior officer told reporters that the duo along with others were hired as daily wages by contractor to lay BWSSB sanitary line for the Bhajana Mandira road.

At around 3 pm,the duo dug up the public road and dumped the debris and mud on either side of the trench.

The stone slab lying on the head of mud slipped and fell on them. The duo struck under the stone slab and buried .

Others rushed to their rescue and with the help of fire and emergency service personnel pulled the duo and shifted them to hospital where the doctors declared Chalapathy ha brought dead.

The Kengeri police have taken up a case of death due to negligence against the contractor and further investigations are on.

The duo has not been provided any safety gear not taken any precautionary measures to prevent any such eventualities ,the police,said.