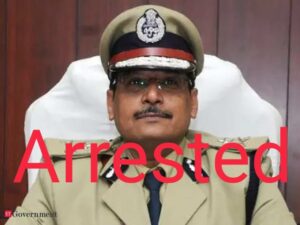 he Lokayukta special court on Wednesday rejected bail plea of suspended ADGP Amrit Paul , who was arrested in connection with PSI recruitment scam.

Amrit Paul who is accused 35 in the case pleaded in his petition to grant him bail as the investigations in the case is completed and submitted that he is not involved in any irregularities nor the keys of the strong room was with him.

Objecting to the bail plea,P.Prasanna Kumar Special PP for State,contended that no explanation offered by him regarding the custody of keys in the possession of his subordinate officials.

The offence committed by A35 has adverse impact on the fabric of society.Mr.Kumar contended that It is not necessary to consider the irregularities in the statement of witnesses recorded and has to be tested during the course of trial.

He further contended that Amrit Paul is a top ranked official in the state.If released on bail,there is a threat to the prosecution materials and witnesses.