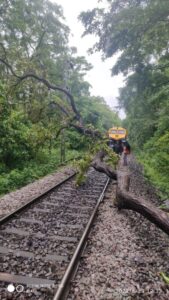 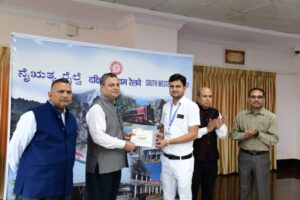 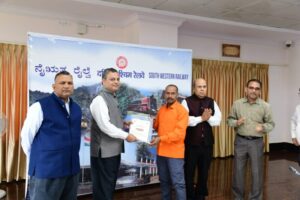 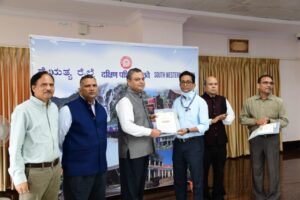 urga,noticed a Slack Adjusting Barrel (SAB) rod cut in hanging condition in a goods wagon and he informed Guard and Loco Pilot for attention under instructions of Carriage & Wagon Controller.The timely action of the Station Master prevented a major safety mishap.

Fire extinguishers available in engine and at station were used and the fire brought to control. Fire brigade was also called from Hassan by station master.Thus, the alertness of LP & ALP prevented a major fire incident.