A legal Advisor of the African national community in Bengaluru, Bosco Kaweesi,was arrested and deported to his home country Uganda,for alleged oversta 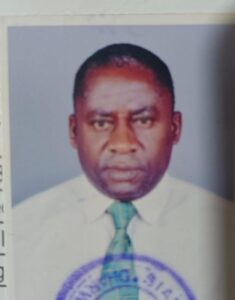 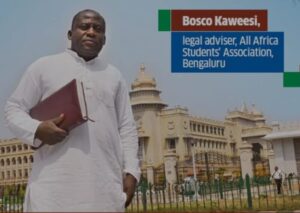 Senior officer told reporters,we received series of complaints from victims who were blackmailed and threatened by the African National based on complaint a Joint operation was conducted Ministry of Home affairs and East Division police of Banaswadi police under the leadership of DCP East, Dr Bheemashankar S Guled and his team swung into action.

Probing several complaints,the Banaswadi police and the Ministry of Home Affairs in a joint operation arrested him on July 19,detained him at the detention centre and deported him to Uganda on July 27.

We had initiated proceedings to ensure there is a permanent ban imposed on Mr. Kaweesi from coming to India.

During investigation it was found that Bosco Kaweesi,who came to India in 2004 as a student, had remained in the country,married a local Siddi woman in the State and turned into an activist for the cause of African nationals.

He served as legal advisor to All Africa Students’ Association,Bengaluru,and was president of Pan-African Federation and Students’Union, India.

A detailed investigation by the team who grilled him and he spilled the beans Kaweesi had been helping several overstaying African nationals procure forged documents for money,but later was also blackmailing them.

He had collected money from many Foreign nationals and cheated them too,a police official said.

He himself was overstaying since August 6,2005, served a six-month jail sentence for the same in 2006 and had failed to report to the authorities ever since,investigations have now revealed.

It is alleged that Kaweesi was involved in human trafficking.During a raid on his house following his arrest,they claimed to have recovered 26 passports of African nationals,of which 24 are of women and 2 men,18 from his home country Uganda,5 Nigerian,one each from Tanzania, Kenya and Sudan.

All the 24 passports have expired and all of them are presently untraceable.We appeal to all the 26 individuals to report to Banaswadi Police Station and collect their passports.On our part,we are trying to track them down.

We advise all foreign nationals in the city to not hand over their passport and visa documents to any individual.

The Banaswadi police have booked the landlord of the rented house in which Bosco Kaweesi was staying under The Foreigners Act,1946,for not collecting and verifying his travel documents.

Mr. Reddy said as per law,landlords have to collect travel documents of any foreign national before giving their portions on rent,failing which the city police would book cases against them.

Finally Home Minister of Karnataka,Araga Jnanendra has appreciated,Home Ministry of Affairs officers along with Bengaluru City Police Commissioner,C H Pratap Reddy,Addl CP East,A subramanyeshwara Rao,DCP East,Dr Bheemashankar S Guled,ACP,Ningappa B Sakkari,PI,Sathish HS and his whole crime staff for the commendable job done by them in deporting the legal Advisor of African National who was over staying in India a suitable reward will be given to whole team he added.