Two persons were killed after a portion of an dilapidated building close to NICE Road on Mysore Road collapsed on them on Wednesday .

The deceased has been identified as,Rajamani,35 a flower vendor by profession,and Bala,30 a mason by profession both residents of Valmikinagar near chamarajpet. 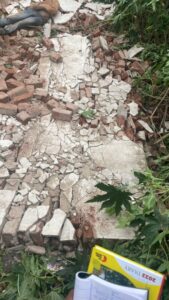 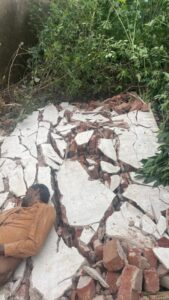 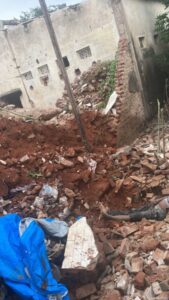 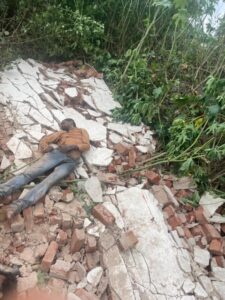 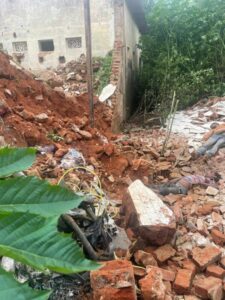 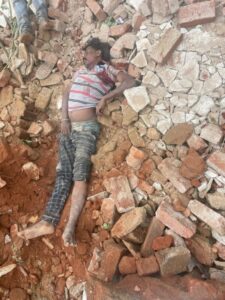 ency officials rushed to spot and after inspecting the spot he said,The duo suspected to have gone near the wall to relieve themselves when the incident occurred .

The deceased persons are identified as Bala, 30, and Rajamani, 35, both residents of Valmikinagar near Chamarajpet .

Bala was a mason by profession while Rajamani worked as flower vendor.

It is said that the building part of a private company was deserted a decade ago due to property dispute between two companies .

The duo,along with Thamanna and Koli,all residents of 10th cross went to a bar and consumed alcohol.

Later they went near this building,we don’t know what exactly the reason for them to go there.But, Thammanna says Bala and Rajamani told him that they are going to relieve themselves near the building.

Soon after the wall collapsed on the duo, Thammanna and Koli called people for help.The local people rushed to the spot and tried to rescue the duo stuck under the debris.

Passersby rushed to clear the debris and save the duo but it was too late.By the time police rushed to the spot people had almost cleared the debris,but the duo were found dead,police said.

The Bytarayanapura police have taken up the case of un natural death and are investigating.