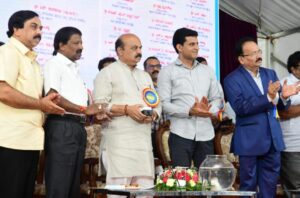 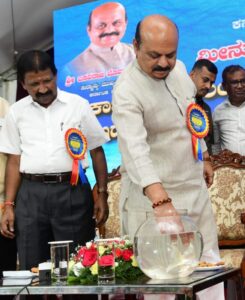 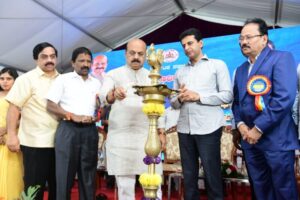 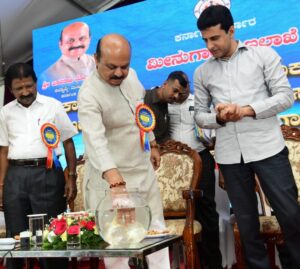 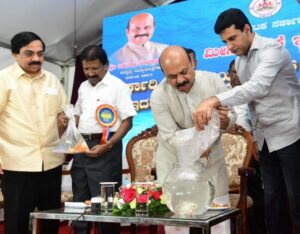 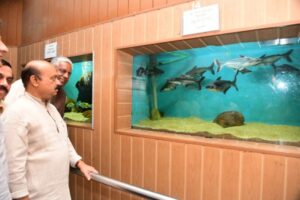 evelopment of fisheries would create more self employment opportunities and combining it with agriculture as an allied activity would boost GDP of the state,Chief Minister Basavaraj Bommai said.

The Chief Minister was speaking after launching the modernisation works of the Government Aquarium of the Fisheries department at Cubbon Park.

Aquariums at Lalbaug and Mangaluru under PPP model :

The Chief Minister instructed the officials to ensure that the proposed aquarium at Cubbon Park comes up as an excellent one that would emerge as a huge attraction.

The state government intends to build similar aquariums at Lalbaug and Mangaluru coast.

He wanted these aquariums to be comparable to the tunnel aquariums in Singapore and Dubai.

Bommai also stated that a fish seedling production centre would be set up at Almatti this year.

He appreciated the Fisheries department officials for reaching one million ton production and said there is immense potential for growth of fisheries in the state.

Assuring all the help from the state government for fishermen, he said 10,000 houses would be built for fishermen this year and the Vidya Nidhi scholarship scheme has been extended to children of fishermen and weavers too.

The state government is formulating new employment policy. The enterprises which provide more employment would get higher subsidies under the proposed policy, he said.

Thrust for fisheries in budget

The state budget has given special thrust for fishing, its processing and export.

Appropriate programmes and financial schemes would be formulated for the purpose.Gram Panchayats have been linked to boost inland fisheries by asking the Gram Panchayats to built atleast one fishing pond in their jurisdiction and encourage fishing in the lakes, he said.

Huge changes are being brought in deep sea fishing.Eight fishing harbours are being upgraded.

Grants have been provided in the budget to provide 100 high speed special fishing boats for Farmers Unions.

Already about 150 applications have been received for these boats.I have instructed the Director of the department to allocate them this month itself.

Air conditioned mobile fish sale units too would be launched as part of improving market access for fishermen,Bommai said.

Referring to immense potential for developing inland fisheries,Bommai said,it could be developed as an attractive allied vocation for farmers to improve their income on the lines of dairy farming, sheep rearing, piggery,food processing under the concept of integrated farming.