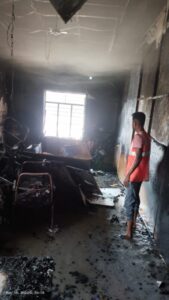 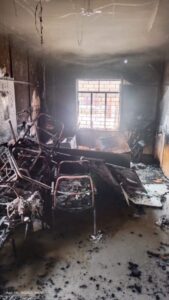 ffice of the BBMP chief engineer at yelahanka zone was gutted due to accidental fire broke out at the second floor of the office premises on Saturday afternoon.

Even the documents were not damaged,officials from the BBMP clarified .

Senior official said,the fire broke out at around 1.15 pm when the staff due to saturday lunch hour was away.

The fire started due to suspected short circuit and soon engulfed the office.few staff members noticed and alerted the fire control room and the jurisdictional police.

The police rushed to the spot along with two fire tenders and a BWSSB Tanker rushed and sprayed water into the office through the window.

The fire was put out after one hour due to combined efforts of fire and emergency service personnel,police,BWSSB and BESCOM officials .

A technical team are now camped in the area to probe and ascertain the cause of the mishap after probe it will be ascertained what led to fire.