Ten reasons why court acquitted him of rape charges

3. Infighting within the congregation reasons for measures by accused against prosecutrix.

4. Factional feud within congregation, accused had many rivals.

5. Inconsistent versions by prosecutrix regarding rape.

7. No complaint by two witnesses (nuns) of sexual harassment.

9. Close interactions between accused and prosecutrix.

10. Bad character of accused not proved.

A Kerala court on Friday acquitted former Bishop of the Jalandhar Diocese, Franco Mulakkal, accused of repeatedly raping a Nun in Kerala

The verdict which runs into 289 pages said that there was no evidence against the bishop except the testimony of the victim.

The testimony of the victim, the Court said, was inconsistent and were riddled with variations posing questions on her credibility.

According to the Court, the allegations were an outcome of factional feud within the church due to which Franco had rivals, as well as in-fighting among the sisters within the congregation and the desire of power and position of the complainant/ prosecutrix over the congregation

A day after a Sessions Court here acquitted Roman Catholic Bishop Franco Mulakkal of the charge of raping a nun in a convent in the State, Kerala police on Saturday sought legal advice to move an appeal against the verdict in the High Court.

Kottayam SP,D Shilpa told reporters that the police have sought legal opinion from the special public prosecutor to move an appeal against the judgment.

“We got the detailed verdict late Friday. We have sought a legal opinion to move the appeal,” she said.

Meanwhile,Bishop visited various churches and met former MLA P C George,who had been backing Mulakkal since the issue came out.

The Bishop,after a brief meeting with George, left for other visits to churches nearby, but refused to comment before the media.

George, who met the media after the meeting, said the case was an effort to target the Church.

He said the case was part of a conspiracy to target the Church and the believers.

Mulakkal, 57, was accused of raping the nun multiple times during his visit to a convent in this district between 2014 and 2016 when he was the Bishop of the Jalandhar Diocese of the Roman Catholic Church. The complainant is a member of the Missionaries of Jesus, a diocesan congregation under the Jalandhar Diocese.

After Bishop Franko was acquitted by court.The kerala SP questioned judiciary speaking to media persons as the Kerala SP and other officials thinks they are above the judiciary.

Acquitting the Bishop, the judge of the Additional District and Sessions Court I,Kottayam,in the order, said the victim’s claim that she was raped on 13 occasions under duress cannot be taken reliance on the basis of her solitary testimony.

This perhaps is first of its kind verdict to come from from the legal system.A conviction in the case was expected cent percent.Will go for appeal.

The verdict is a blow to those who gave true account of incidents.The judgment is unacceptable in gross,said Harishankar, 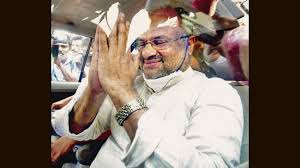 This spells more isolation for victims to this kind of crime.The outcome is being viewed with shock.There are likely hundreds of such victims. The verdict is a huge disappointment for them all and perhaps even rings a wrongful message that victims must remain silent over crimes against them,the SP said.

DySP,K.Subhash, part of the investigation, also spoke in similar vein saying the verdict has been a huge disappointment.

The victim belonged to circumstances that made it impossible to report the crime.That factor should have been taken into account,he added.