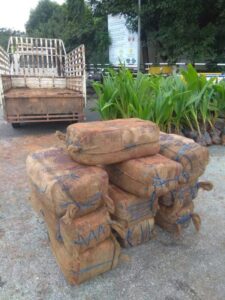 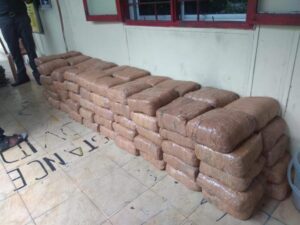 The officials have trailed the route of the drug transit to caught a 22 year old fisherman while he was receiving Methamphetamine worth Rs 2.03 crore .

Acting on a credible information,a team led by Amith Ghawate,Zonal director NCB,trailed a consignment in the form of 40 grams of meth at a courier agency in Kattigenahalli in Yelahanka on Thursday which was heading to Thiruvanathapuram.

The Anti-corruption team had information that drugs was being regularly smuggled to Kerala through couriers in Bengaluru.

Following which the NCB team raided a private courier firm on Kattigenahalli in Yelahanka and found someone had booked a cellphone box to Thiruvananthapuram, Kerala.

They cut opened to find a small packet filled with white-coloured powder which was later confirmed as meth , a senior officer part of the operation”a senior officer,said .

The NCB team alerted their counterparts in Kerala and few days later a 22-year-old man who is a fisherman by profession was nabbed in Thiruvananthapuram when he came to claim the box at the agency’s local branch.

The accused been withheld was arrested under the NDPS Act and bring questioned to ascertain the network .