Traffic Jana Samparka divas held in Ambedkar bhavan,to address grievance of residents of Yelahanka the residents shared their grievances to DCP Traffic North,S Savitha the residents said during the meeting that Wheeling & bike stunts and lack of traffic sense among motorists says Residents

Wheeling and bike stunts and lack of traffic sense among the motorists are the main concern raised by residents of North Division during traffic jana sampark divas Held in Ambedkar Bhavan in Yelahanka on Saturday.

Many resident’s complained that Private Bus drivers are putting commuters at risk and driving rash and negligent in order to overtake government Buses.

Vehicles and get commuters.The traffic police have assured to take action to curb such menace.

Signals at junctions to have timers in seconds so commuters will know beforehand when they could move for which the traffic police have been assured that they will intimate the concerned to get it updated.

Replying to a query about lack of discipline,Ms. savitha said that awareness about traffic discipline to be created in schools and colleges, Shortly traffic police personnel and officers will be deputed to take a session.

Replying to the rude behaviour of towing staff, Ms.Savitha instructed the officials concerned to take tough action on towing vehicles not adhering to norms.

She asked people to report to the control room or to the nearest station if they come across any such incidents.

Many residents demanded traffic police to start Drunken Driving drive to curb the menace.Replying to the question Ms.Savitha said that the special drives have started but past few days it is raining heavily and hence there has been a set back.The special drives will start 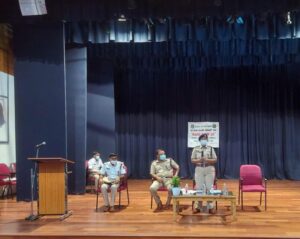 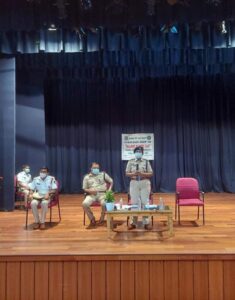 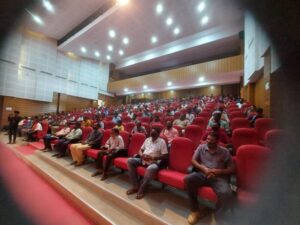 Residents complained that in the main roads, some accidents occur when the commuters open the door without looking behind or in the mirror whether any vehicle is nearing.Awareness to be created regarding this.

Demand for Bus stands and Auto stands.- Reply: will study the area and suggest the concerned she added.