Union Minister of Steel, Shri Ram Chandra Prasad Singh met with various delegations on the second day of his Jammu visit yesterday. In a meeting with a delegation of Municipal Corporators of Jammu Municipal Corporation, led by Mayor Chander Mohan Gupta, the Minister was apprised of various demands of the city and adjoining areas. The delegation presented demands including those related to setting up of mother industry for developmental of other industries in the UT, employment generation, labour issues, reduction in GST, land acquisition and compensation among others.

The Chamber of Industries & Commerce demanded setting up of scrappage industries, units of PSUs among Micro Small & Medium Industries, MSMEs and reduction in GST or the UT. Delegation of Association of hotels and restaurants demanded stimulus package for the industry, relaxation in registration rules and owner tariffs. 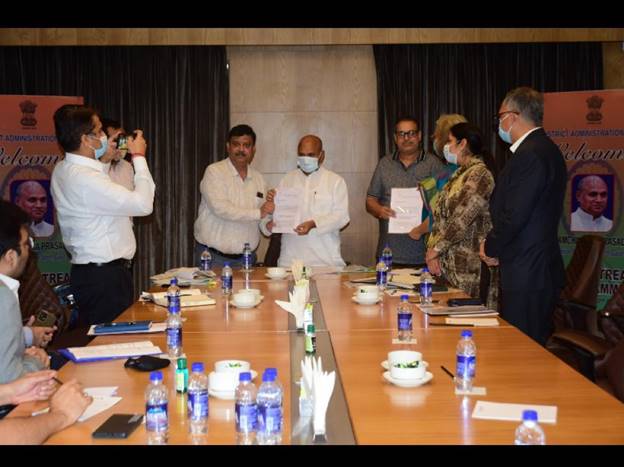