Home / Entertainment / The Dogs Didn’t Sleep Last Night tells the story of four different lives which get intertwined with each other: Director Ramin Rasouli

“The Dogs Didn’t Sleep Last Night tells the story of four different lives, driven by different emotions, each person having struggles which are different yet intertwined. There are many stories around us, both good and bad. I found four stories, and put them together for this movie.”  Director Ramin Rasouli was speaking about his IFFI 51 Film, which he says is based on true stories in Afghanistan. Rasouli was addressing a press conference today, January 23, 2021 at the 51st International Film Festival of India, in Panaji, Goa. The film had its World Premiere at IFFI 51 yesterday, in the International Competition category.

The 91-minute feature film is set in a remote area in Afghanistan. It portrays how the lives of a young shepherdess, a bird-catcher boy and a mourning teacher are intertwined after their school is burned down. The film takes a turn when the young shepherdess saves a female U.S. soldier and takes her to their village. The movie was shot in Iran and Afghanistan and has been made in Dari and English languages. 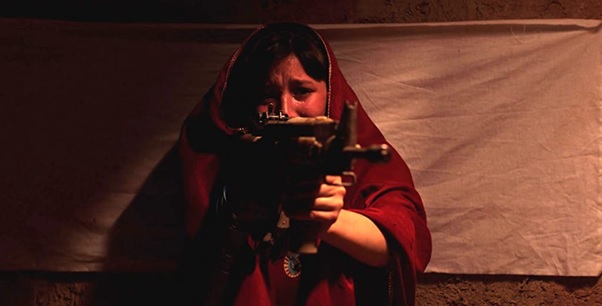 “A cast of Iranian and Afghan actors have collaborated on this project. It is a joint production between Iran and Afghanistan, but most of the actors are Afghan.” He added: “a part of the movie is shot in Iran as some situations in Afghanistan were not favourable for shooting.”

When asked about his love for Indian and world cinema, Ramin reminisced that, like every other person in Afghan, he also grew up watching Indian movies and listening to Bollywood songs. “In fact, you can see a mix of Iranian culture and glimpses of Indian context in my film. Citing an example, he added: “In the movie, when the bird-catcher boy takes shelter in a tank with the birds, his collection of music which he listens to, includes Bollywood songs too.”

“India and Afghanistan share a close relationship and there is growing influence of Indian culture in Afghanistan,” he added Congratulating IFFI for organising the festival amidst the pandemic, the director, who at IFFI watched his movie for the first time on the big screen, says heartily: “Happy to be here; it’s a great chance for my film which is being showcased in one of the biggest festivals in the world. I love India and I am coming here for the first time. Really enjoyed my stay here.”

Director Ramin Rasouli started his film career in Iran and now resides in the Netherlands. His interest in cinema led him to start writing at the age of fourteen, and at the age of sixteen, he made his first 8 mm film. He has made 10 short films and two feature films. His debut feature film, LINA, entered in the festival circuit in 2017. The Dogs Didn’t Sleep Last Night is his second feature film.