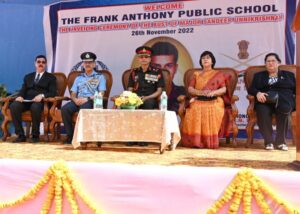 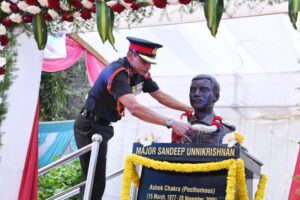 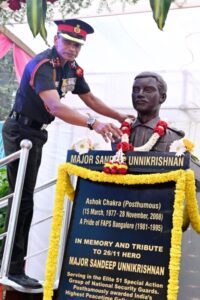 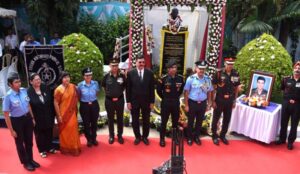 Major Sandeep Unnikrishnan had spent his first 14 formative years at this esteemed institution.

The programme commenced with the ceremonial marching of the student council members,bearing the school banner and accompanied by the NSG group.

A classical dance performed by the students was a blend of invocation and patriotism.

A special prayer written by the Principal was read by the Headmistress,Mrs.L Briggs.

A motivating speech highlighting the life in Defence was delivered by the chief guest.This was followed by a touching reflection by the FAPS Music Director, Mr. V Narayanswamy,a close associate and teacher of Major.Sandeep Unnikrishnan.

The program concluded with the Karnataka State Anthem and the National Anthem.