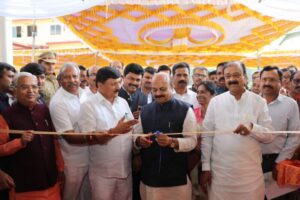 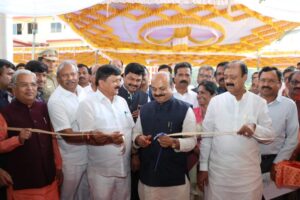 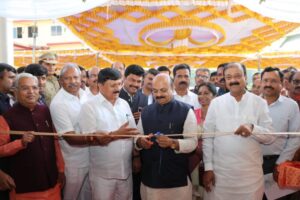 he State is all set for a legal battle with Maharashtra over the border dispute, said Chief Minister Basavaraj Bommai.

The CM chaired a meeting with senior advocates and officials here on Sunday in the wake of the case coming up before the Supreme Court for hearing on November 30.

He said the development of the case since 2004 when Maharashtra filed a case in the Apex court in 2004,other important developments from that day and also issues which are likely to come up before the court on November 30.

In 2017,the then Chief Justice of the Supreme Court had issued a verdict on the maintainability of the petition whether to take up this case or not.

As per that order, the discussion is likely to be on the maintainability of the case.In between the State of Maharashtra had questioned the issue in 2017.

“We discussed what should be our stand on it and what the Constitution says.Former justice of the Supreme Court,Justice Shivaraj Patil has opined that the Constitution, State Reorganisation Act and others true facts are in our favour.

The senior advocates,A.G.Prabhulinga Navadagi and Uday Holla have given certain directions. I will be going to Delhi on November 29 and will discuss with our senior advocate, Mukul Rohtagi on these issues.In all,the State of Karnataka is ready for a legal battle to protect the border and land of ours”.