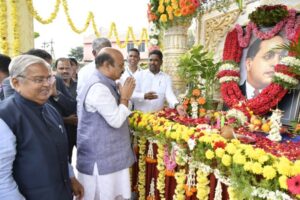 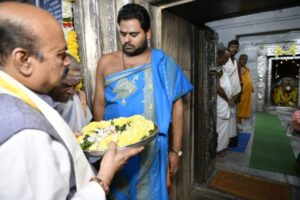 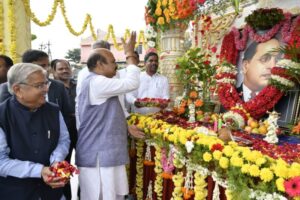 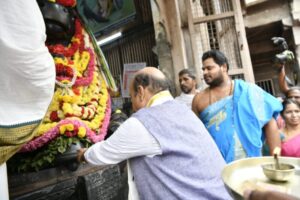 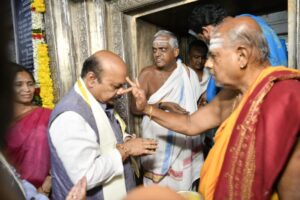 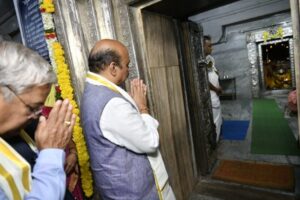 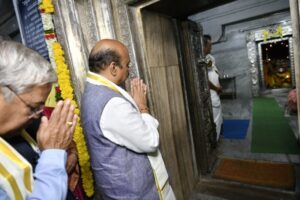 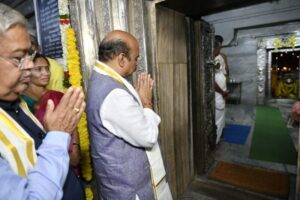 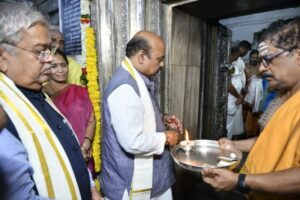 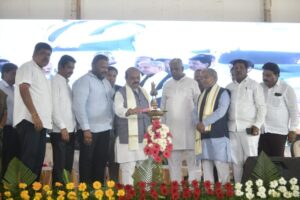 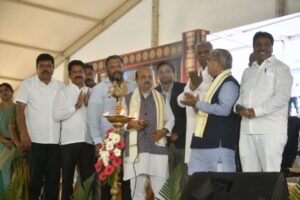 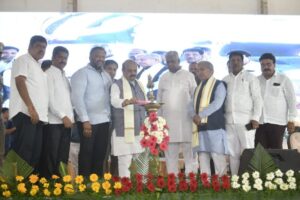 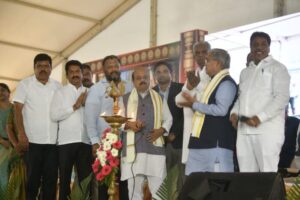 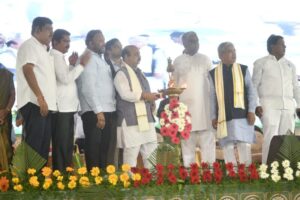 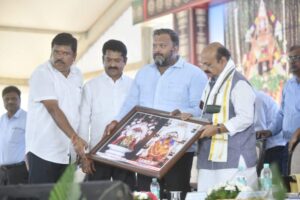 n the coming days,Nanjangud,popularly known as ‘Dakhin Kashi’ will be developed as a spiritual and tourism centre,said Chief Minister Basavaraj Bommai.

Speaking after performing Guddali puja for various development works of Srikanteshwara Temple, commissioning of Nugu and Hediyala Lift Irrigation projects and various other development works in Nanjangud town on Monday,he said the Kabini Lift Irrigation scheme’s Right Bank Canal works were worked during the BJP ruling but the government of other parties did not show commitment to fill up tanks in Gundlupet and Chamarajanagar taluks.

Mere talks will not fill up the belly and social justice cannot be ensured only through speech.The incumbent government has given equal opportunities for all downtrodden thereby rendering them social justice.

Of late,there is awareness among all the communities and the era of changes has started. Those who face all the challenges and stand by the poor are real leaders.

Maharshi Valmiki,Dr.B.R.Ambedkar and D.Devaraj Urs have left behind a rich legacy and they are treading the path shown by those great people. ”

Ensure social justice when you get an opportunity. This is people’s politics but there are others who do only politics for power. We must respond to people’s needs also and then only Nanjangud will witness development”.

Bommai said Nanjangud is a sacred place and doing development here is like doing the development of the state.

Nanjangud MLA B.Harshavardhan has been developing this place in the last four and a half years, and is also a popular leader.

The main canal of Nugu Lift Irrigation scheme was in a bad shape and as Water Resources Minister, he had repaired and released water into it.

The foundation stone for Hediyala Lift Irrigation scheme was laid today and after its completion all tanks in taluks will be filled up.

This was one of the prominent demands of the people of Nanjangud.No work will happen if they do vote bank politics.There is a responsibility on them to fulfill the needs and aspirations of people.

Developments worth hundreds of crores have been initiated in Rural Development and Panchayat Raj, PWD and Drinking water.

Chamarajanagar MP V.Srinivasaprasad has requested the State government to build a complex having 75 rooms for devotees of all the communities.

It is important to build all community dormitories and rooms for all communities that too in a pilgrim center.