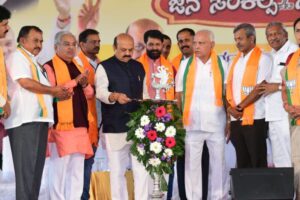 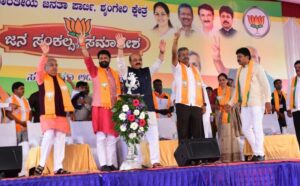 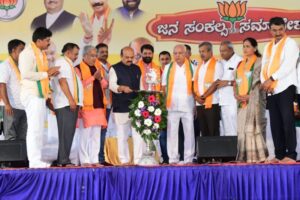 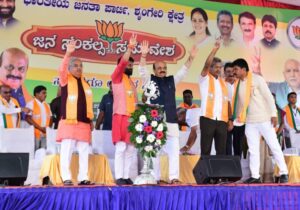 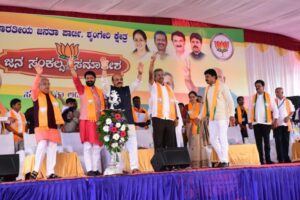 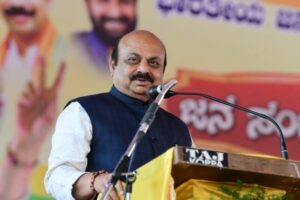 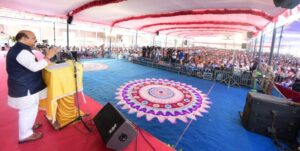 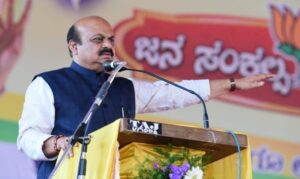 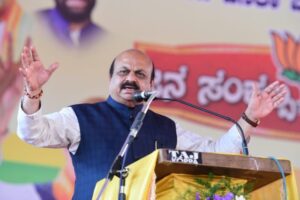 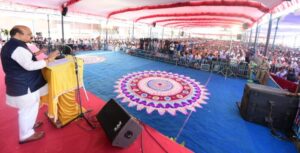 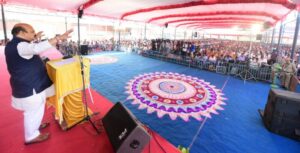 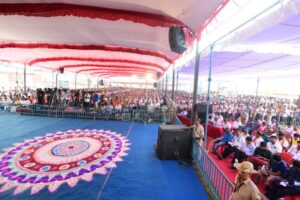 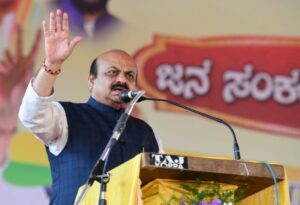 uring the Congress regime the rice for ‘Anna Bhagya’ scheme was given by Prime Minister Narendra Modi but it was filled in sacks and distributed by the then CM Sddaramaiah. It was a typical ‘Siddaramaiah’s jathra’, said Chief Minister Basavaraj Bommai.

Speaking after inaugurating BJP’s Jan Sankalp Yatra in Koppa in Chikmagalur district on Sunday, he said the Congress Party which ruled for 75 years had given piped water only to 25 lakh households.

Those who could not give water ruled them and such people cannot help people to lead life. Siddaramaiah ruled the State for five years but didn’t do anything.

He closed Lokayukta and started the Anti-Corruption Bureau only to file ‘B’ reports in over 50 cases.

This was the style of the Congress Government. “Why did they not start a medical college in Chikmagalur? From this sacred land of Sri Sharadamba of Sringeri,let us make a vow to remove the Congress government from the roots and throw it out.

Time has come to build New India from New Karnataka.The people must make up their mind to vote bank BJP to power in the State.

Bommai said the incumbent government has given importance to the education field because of which it has started constructing 8000 Viveka Classrooms in one year.

A residential school in the name of Brahmashree Narayana Guru,hostels for SC/ST students and 50 Kanakadasa Hostels for backward classes.

Through this it wants to make a revolution in the field of education.There has been good response for Jan Sankalp Yatra everywhere and the incumbent government is working under the guidance of Prime Minister Modi.

A double engine government is in power in Karnataka and has built 6000 km National Highway, constructed ports and implemented Jal Jeevan Mission. Tapped water has been provided to 30 lakh houses in just one year.

The CM said the government has decided to upgrade Sringeri Government Hospital to 100 beds. The construction of the hospital building will start within two months.

A sum of Rs 5.8 crore has been released for repairs of bad roads and another Rs 5 crore additional grant was released on Saturday.

Ropeway between Mullaiyanagiri and Dattapeeta
He said Datta Peeta is a temple of feelings in this region and MLA C.T.Ravi has launched a long drawn battle to offer puja in this temple.

A suitable solution will be available soon. Money has been reserved in the State Budget to build a ropeway between Mullaiyanagiri and Dattapeeta.

The government is aware of the elephant menace in this region and a new technology is being used to address this problem.

A solatium of Rs.15 lakh is paid for deaths due to elephant attacks. Elephant Task Force has been constituted to check man-elephant conflict in four districts.