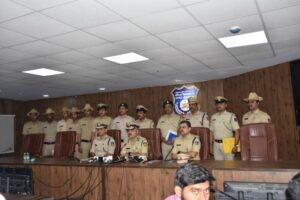 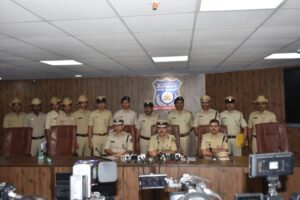 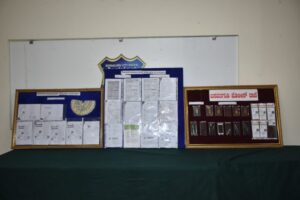 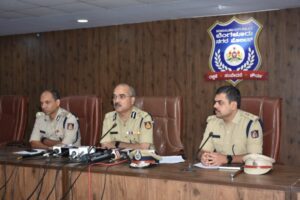 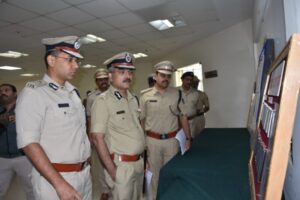 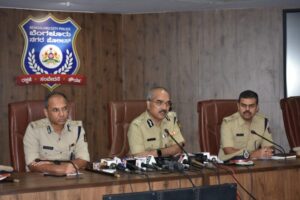 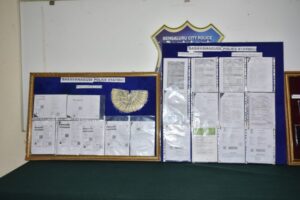 he South Division police of Basavanagudi police have busted a fake passport racket and arrested a gang of nine people including four touts for getting Indian passports for Foreign Nationals and habitual offenders using fake credentials.

The accused have been identified as,Sadiq Pasha, 33,and his associates,Anees Sait,Nawal and Hydar. The police also arrested five Sri Lankan Nationals who have obtained valid Indian passport through Sadiq and his associate.

City Police Commissioner,CH Pratap Reddy,held a press conference at his office in the presence of Addl CP West,Sandeep Patil,DCP South,P Krishnakant with other officers and staff,he said that the accused having similar cases against six police stations in and around the city and arrested.

However after coming out on Prison the accused continue with their expertise to create fake credentials for their clients to apply and get passports .

The fake credentials includes voters,ID,Aadhar and school leaving certificates in the name of their clients to be used as documents to be submitted to claim domicile status to get the passport .

Using the modus Operandi,the accused have helped as many as 50 people to get the passport.

The beneficiaries includes Foreign Nationals and habitual offenders.Citing an example,a senior police officer said that one of the beneficiary is a habitual house break thief having as many as 36 house break cases while his brother having 15 criminal cases pending against him.

The scam was busted on October 19 when alert passport verification duty staff based on a complaint cross checked their credentials and reported the matter.

Following which a special team was formed to arrest the gang and all the nine has been booked under Passport act and other relevant IPC sections and further investigation is on.

It may be recalled that in June the Madanayakanahalli police,on Tumakuru Road,on the outskirts of Bengaluru,arrested a gang of illegal Bangladeshi immigrants helping other illegal immigrants from the country to forge and acquire identity documents in and around the city.

They were caught during the course of an investigation into an ATM theft case in which an illegal Bangladeshi immigrant, with valid documents,was arrested.

Finally Bengaluru Police Commissioner,CH Pratap Reddy has appreciated Addl CP West,Sandeep Patil,DCP South,P Krishnakant,ACP,KV Srinivas,PIs as,Subramanyaswamy ML,Girish Nayak,Manjunath,PSIs,as,Hariprasad BS,Manoj Naganori,and whole crime staff who were part of unearthing the fake passport racket with their timely action and tireless efforts with meticulous investigation has helped in busting the racket a suitable reward will be given to whole team he added.